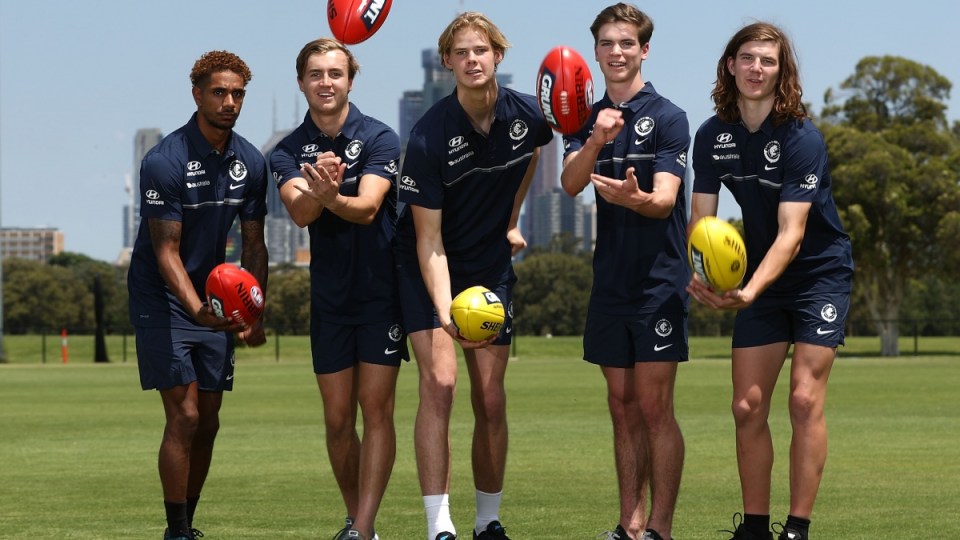 Young speedster Jarrod Garlett hopes a more settled environment at Carlton is what he needs to revive his AFL career after two turbulent years on the Gold Coast.

The 21-year-old emerged from the wilderness as the surprise final selection in last week’s national draft after spending the year playing for South Fremantle in the WAFL.

A first-round draft pick in 2014, Garlett played 17 games for the Suns across two seasons.

He was released from his contract at the end of 2016 on compassionate grounds after his brother Desmond suffered a burst blood vessel on his brain and was given months to live.

Desmond later returned to health and Garlett’s form in the WAFL led to talks with Carlton, who had been watching him with keen interest for some time.

Gold Coast have long struggled to retain players and Garlett indicated Carlton had done a much better job of integrating him.

“Carlton actually got me in and settled me down right away. At Gold Coast I was sort of bouncing around and didn’t really feel settled.

“They’ve got a few more indigenous boys in the team … and (with) the surroundings that we have, we have way more support than what I had back at the Gold Coast Suns.”

Garlett played mostly as a running half-back for South Fremantle but believes he has the speed, endurance and physical maturity to play for Carlton as a midfielder or small forward.

He is also confident homesickness won’t be a factor, describing himself as more resolute than he was during his Gold Coast days.

“I’m in a really good place mentally,” he said. “I’ve got a little one on the way and that’s helped me out to be more determined to push harder, work harder and stay in the system longer. I know it’s not (just) for me now.”

AFL: Sun shines on Carlton as Garlett settles in to revive his career