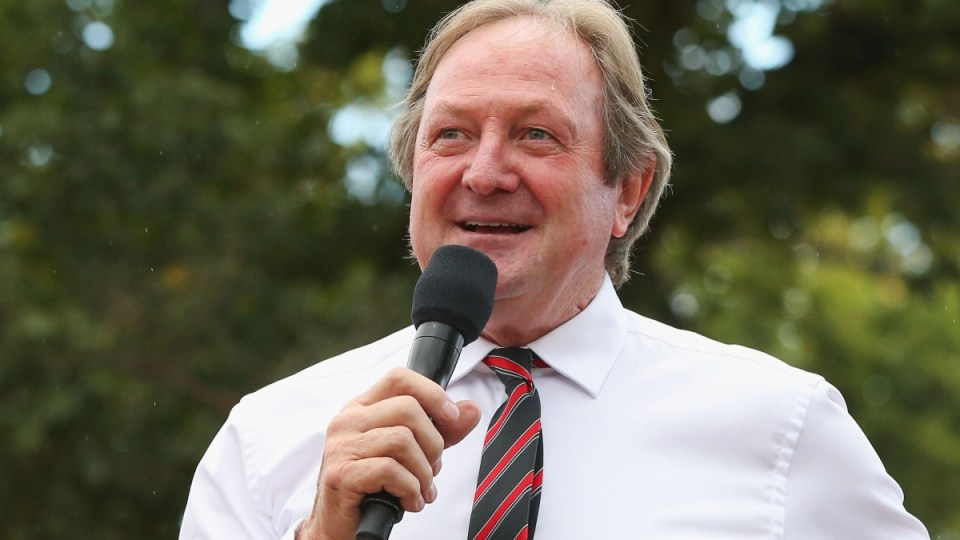 AFL legend Kevin Sheedy has given an alternative to shake up the draft. Photo: Getty

Kevin Sheedy – arguably Aussie Rules football’s greatest visionary and ambassador – has an idea that would revolutionise the AFL draft.

In the wake of the 2017 AFL draft in Sydney – in which Victorian midfielder Cameron Rayner was taken at pick one – Hall Of Fame member Sheedy believes the manner in which the draft order is determined could do with an overhaul.

Currently, the draft order is determined by the ladder positions at the end home and away season, as well as when teams are eliminated during the finals series (unless teams trade picks).

Sheedy believes he has a better alternative and one that would make the game far more attractable.

“I think there’s an opportunity [to change it],” Sheedy told The New Daily.

“Perhaps kicking the most goals of the bottom four sides is the best way to look at it.

“If you kick the most goals in the last half of the season, that might be reward for effort. You will get an attacking game, rather than a flooding game.

“We could look at something like that and trial it – I don’t think we do enough trials.”

Sheedy claims his theory would also eliminate any perceived ‘tanking’, where teams are deemed not to being doing as much to win the game as they otherwise might in order to improve their draft position.

“Some people wonder if sides are tanking; if they have injuries do they go and get operated on early… we’ve all done it… the player’s not going to play any longer this year… get him in, get him operated on,” said Sheedy, the mastermind behind the ANZAC Day match and Dreamtime at the ‘G clash.

“I’d like to see the reward for the bottom teams [on the ladder] that are kicking goals. So, the bottom three or four teams that kick the most goals, instead of defending and playing boring footy… maybe we’ve got to look at something that’s attacking, that’s attractive.”

Another part of the draft has been the subject of much debate in recent times.

There has been a surge of support to lift the draft age to 19 so the best young AFL talent can focus on completing Year 12.

“I’m strongly in favour of the draft age going up,” Scott said.

“Players can get tipped out really quickly and they can finish footy qualified to do nothing else.”

Sheedy reckons there isn’t enough evidence one way or the other, and has called on the AFL to investigate.

“It’s a landscape that we’ve got to look at seriously. There’ll be an answer… whether that’s wait another year, I don’t know whether that’s right, but it could be,” he said.

“Is it failing? I’m not quite sure. Should we tinker with it because of some abnormalities that might happen? Sometimes kids just want to get out and get into their sport and be a professional straight away.

“Maybe we should ask the players of the past five years what do they think – nobody ever seems to ask the client, the player.

“What I’m saying is, collect the evidence, put it to the AFL Commission and then let everybody decide. We should have been collecting it quite some time ago.

“What do some of school principals say? Well, they will always run with education first.

“Most people realise that after education, that’s when you get educated.”