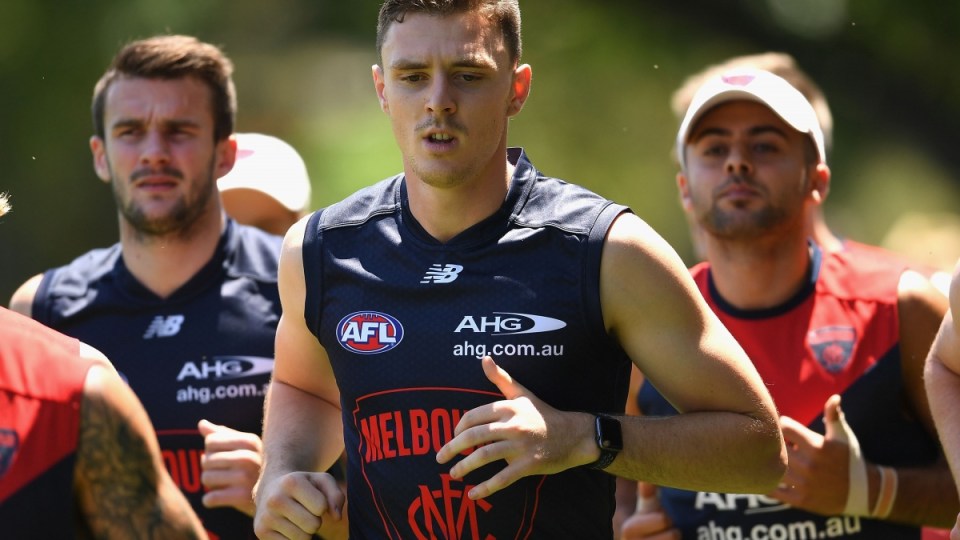 Melbourne star recruit Jake Lever insists his commitment to Adelaide didn’t waver until after their AFL grand final loss, describing the fallout from his move as disappointing.

The 21-year-old’s decision to seek a trade to the Demons had long been speculated but was still among the most acrimonious player moves in recent memory.

Lever requested a trade just days after Adelaide’s grand final loss to Richmond, saying he wanted to to be closer to family in Victoria.

Adelaide football boss Brett Burton claimed Lever was “financially motivated”, and rumours swirled that he had fallen out with teammates including skipper Taylor Walker.

The key defender on Monday downplayed his alleged rift with his former captain, who recently sent him a text message to congratulate him on his engagement.

But he was left hurt after being advised by Burton not to attend Adelaide’s best-and-fairest awards in the aftermath of his trade request.

“I was probably a bit disappointed … I wanted to be there with my mates but after everything that happened that week, it was probably for the best,” Lever told reporters.

I think the ‘Tex’ thing probably got blown out of proportion a bit. I didn’t really have a problem with him.

“He was disappointed, as he should be – he’s the captain of the club. He probably doesn’t want people leaving his football club and he’s a passionate person, a passionate player.”

Adelaide ultimately agreed to send Lever to the Demons in exchange for two first-round draft picks.

Lever joined Melbourne’s pre-season training on Monday, opting to link up with his teammates ahead of schedule after recently returning from an overseas holiday.

Still in the early stages of his career, Lever nonetheless hopes to bring leadership to a Melbourne side that has not played in September for more than a decade.

“I’m only young but playing finals footy, I think I can bring some experience to the team and really drive the team,” Lever said.

“Obviously Melbourne last year missed out on finals and almost fell over at the last hurdle.

“All the boys, speaking to them now, they’re pretty pumped about getting into preseason and not letting that happen again so I’m equally as fired up and ready to go now.”