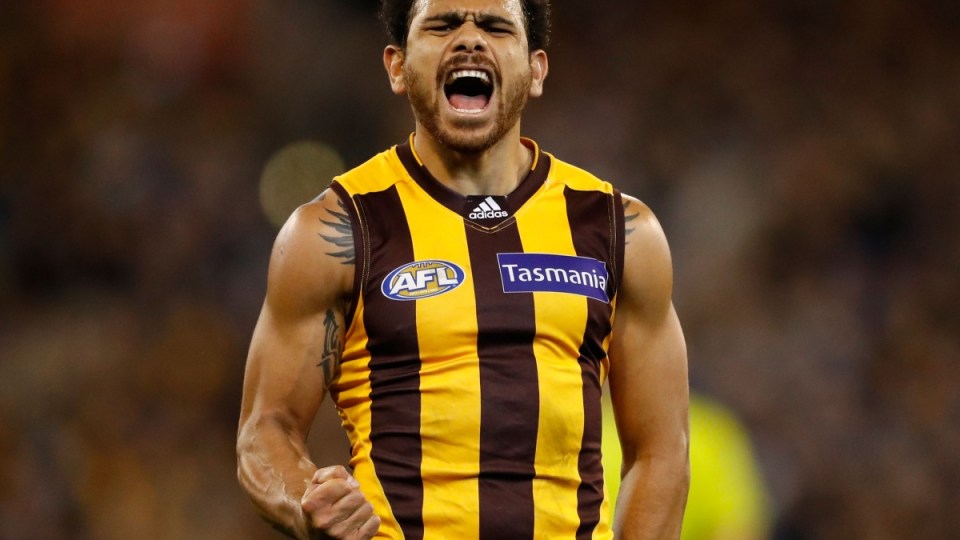 The older Rioli underwent heart surgery this week after suffering a heart attack in late September.

“It has obviously been a very tough period for the Rioli family and we are doing all we can to support them as Cyril Snr continues his recovery,” said Hawthorn’s general manager of operations Jason Burt.

“We fully understand Cyril’s desire to be with his family at this time and as such have granted him compassionate leave for as long as he requires.

“Cyril’s wellbeing is our No.1 priority and we ask that he and his family’s privacy be respected at this time.”

Four-time premiership player Rioli, 28, was limited to seven senior games this year due to a knee injury.

Meanwhile, Ireland coach Joe Kernan says Fremantle star Nat Fyfe should have been sent off for a dangerous forearm during Australia’s 53-50 International Rules win in Perth.

Kernan was highly critical of the quality of umpiring on display during the series.

The veteran coach believed his star player Michael Murphy had been unfairly targeted by Australia without receiving any protection from the umpires.

And he said Fyfe’s forearm to the chest/neck of Ireland’s Aidan O’Shea should have been black-carded on Saturday night.

A black card rubs a player out for the rest of the match, but he is able to be replaced on the field.

“It was a dangerous tackle – a forearm charge,” an angry Kernan said. “I don’t know what the ruling for it is, but in our country it’s a sending off.

“If someone charges and hits you under your chin with a forearm, that’s a dangerous tackle – that’s a sending off. A black card.

“If something is a foul, it’s a foul. And it’s up to the officials to deal with it.

“I question some of their decisions.”