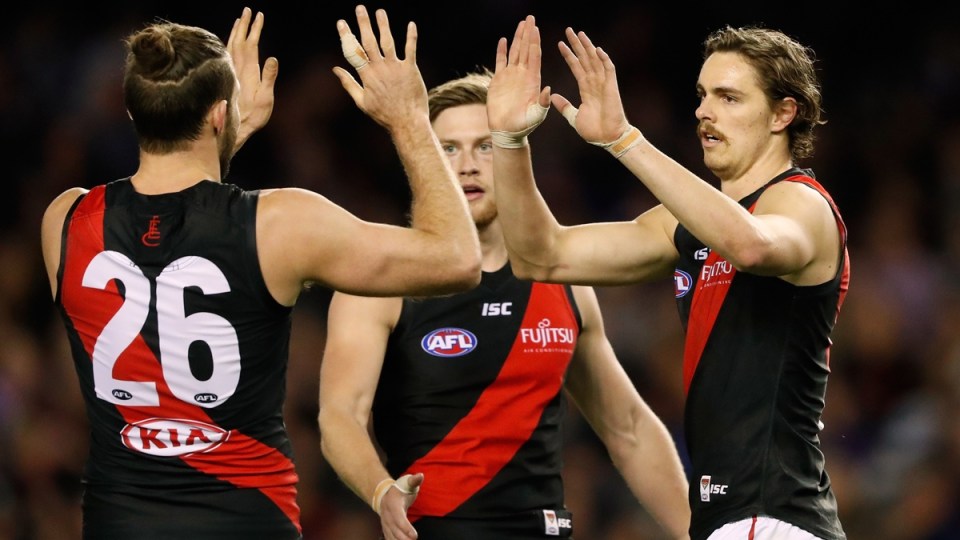 Essendon will be happy with their work in the trade period. Photo: Getty

Trade period is done for another year and as always, there was plenty of action on the final day.

Some clubs were busy, like Port Adelaide, while others were either happy with what they got or more excited about the upcoming national draft.

I have Essendon and the Power as the big winners, but I’m concerned about the results for North Melbourne and the Gold Coast.

Adelaide: Bryce Gibbs is a great get. He can play a key role next year – perhaps off half-back – while Sam Gibson is well worth a punt. Jake Lever and Charlie Cameron are losses, clearly, but I think the Crows have done pretty well.

Brisbane: Luke Hodge will make a massive contribution. Cameron will excite Lions fans and while they lost Tom Rockliff and Josh Schache, both players were unsettled and wanted out.

Carlton: Matthew Lobbe is a big in. The Blues needed rucks I also think Matthew Kennedy and Darcy Lang are smart pick-ups. Gibbs deserved his move given his incredible service. Carlton drafted him in 2004 and, at the time, the club was toxic, disjointed and dysfunctional. He put up with a lot at the Blues.

Collingwood: Focusing on the draft, clearly.

Essendon: Jake Stringer is a quality player and maybe this move is the kick up the backside he needs. I like Adam Saad, I just wish he kicked a bit earlier on his long runs, while Devon Smith is quality. They’ve lost experience in Jobe Watson and James Kelly, to retirement, but the Bombers have done very well.

Fremantle: Ross Lyon has pulled off an absolute beauty of a deal, getting pick two and Brandon Matera for Lachie Weller. Now they have to pick well. But it’s a steal. Nathan Wilson adds to their pace. Freo could play a similar game style to Richmond next year.

Geelong: Will be super exciting to watch with Gary Ablett Jr joining Patrick Dangerfield and Joel Selwood in a star-studded side. I just hope Ablett’s arrival isn’t met with angst by some of the players. They had to force a couple out to get him.

Gold Coast: Yes, they got Weller, but what a price to pay. They haven’t improved. Obviously focused on getting young guys in but losing Ablett, it appears another development year is likely.

Greater Western Sydney: It’s hard to keep everyone happy – and under the salary cap – when you have so much talent. That’s why the Giants lost a few, but they still have every chance of winning a flag in the next few years.

Hawthorn: Didn’t do much but Jarman Impey is a nice pick-up. Players usually improve under Alastair Clarkson.

Melbourne: Lever in is a big plus but did the Demons give away too much to get him? The Dees didn’t handle the Jack Watts situation well, either.

North Melbourne: The Roos have approached a lot of players in recent times but can’t seem to entice anyone. That is a major concern.

Port Adelaide: The Power lost several players – but none of them were walk-up starts in the first 22. Rockliff, Steven Motlop and Watts are great ins. A super trade period.

Richmond: Did well to keep guys like Anthony Miles and Sam Lloyd. Depth is important – particularly when defending a premiership. St Kilda: Did nothing eventful. Must be confident in the shape of the list.

Sydney: Only involved in one player deal but there’s no reason to worry. The Swans stormed home this year and are still in the premiership mix nest season.

West Coast: Not sure Brendon Ah Chee will make much of a difference. Lost a lot of experience so I thought the Eagles would be more active.

Western Bulldogs: Schache and Jackson Trengove are good ins. I think the Dogs have done pretty well, even if Stringer left.

AFL Trades: Denis Pagan names his winners and losers for 2018