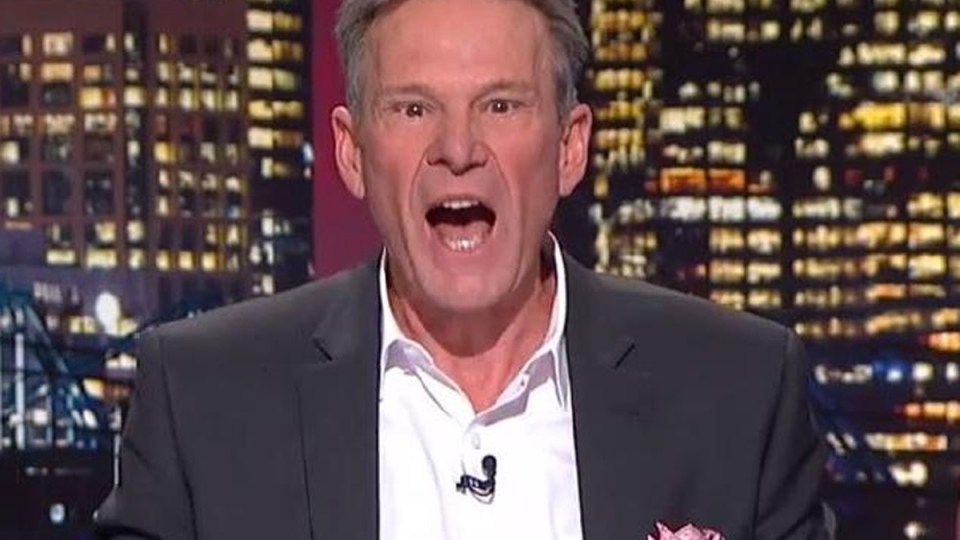 An angry Sam Newman vented his fury at the “sycophantic” AFL and said they tried to influence the upcoming postal vote on same-sex marriage.

On Wednesday, the AFL publicly backed the ‘Yes’ vote, changing its logo outside league headquarters as CEO Gillon McLachlan said they were “committed to equality and diversity”.

But the AFL’s involvement on the issue infuriated The Footy Show star Sam Newman, who had an ally in Nine Network colleague Erin Molan.

“If this was about the AFL putting ‘Yes’ on the football about climate change, or save the whales, or greenhouse emissions or whatever, I would have exactly the same opinion,” Newman said on Thursday evening.

“The very fact it’s about the ‘Yes’ vote for gay marriage is irrelevant, so please don’t hijack this into something it’s not.

“But who in the hell are these people at the AFL who are telling the football public what they should do in their lives and who they should vote for in any political agenda – who are you?

“Who gives you the right to tell people and to put what people should do on the football.

“For god’s sake, there’s a plebiscite going on in the country! What right have you got to say what people should be doing?

“You are nothing more than obsequious, fawning, sycophantic political whores. You have no right to get involved in political messages.”

The Footy Show host Eddie McGuire attempted to counter Newman’s point, but the former Geelong star added: “It’s about political agendas and the AFL has no right to tell people [how to vote].”

Speaking to Mark Latham on his Outsiders YouTube program, Molan said the AFL were trying to influence the vote with their stance.

“I’m not a big fan of it [sporting organisations getting involved],” she said.

“It’s almost the attempt to swap people and their opinions – that’s what I dislike about this entire thing.

“Let’s let people make up their own minds. It’s unnecessary. I don’t think the yes campaign need to do any of the stuff they’re doing. It’s so acceptable to vote yes.

“I see on social media people constantly voting yes … I have not seen one person publicly on any of my social media declare that they are voting no.

“Except Israel Folau [Wallabies player] and look what happened to him.”

Last week, Folau posted on Twitter that he would vote no and was flooded with abuse.

McLachlan defended his organisation in the wake of Newman’s outburst.

“I didn’t see it … that’s Sam. He will represent a number of views, I understand that,” McLachlan told 3AW on Friday morning.