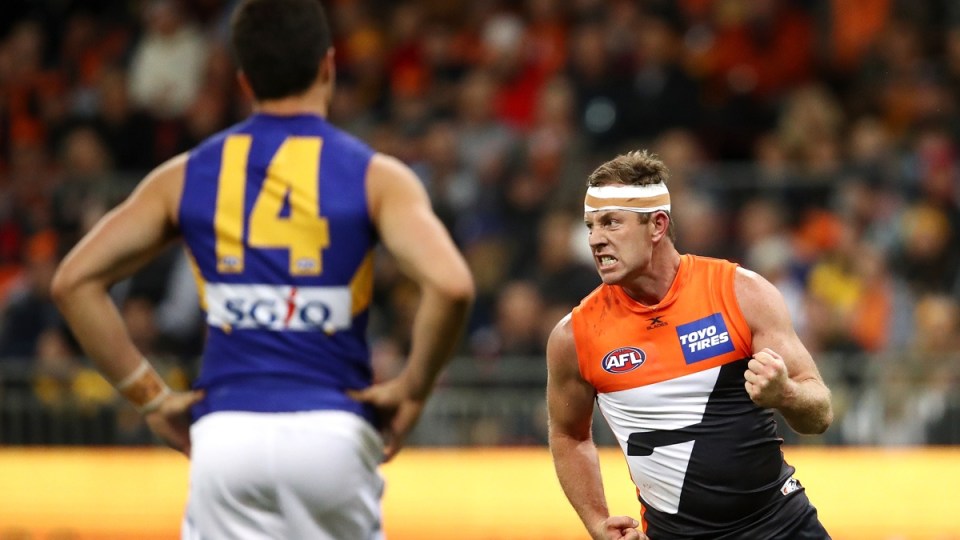 I haven’t been impressed with this year’s finals series.

We’ve had six matches so far and only one has really captured the imagination – that being West Coast’s thrilling after-the-siren win over Port Adelaide.

It’s a shame because only a couple of weeks ago the finals looked super exciting.

The dream run of the Western Bulldogs last year had me on the edge of my seat for what might follow in 2017.

West Coast was disappointing against the Giants on Saturday evening, and I couldn’t help but think Port Adelaide would have put up a much better fight.

Unfortunately, we’ve seen plenty of finals blowouts and we can only hope we will get three great matches to finish what was a great home-and-away season.

Saturday’s match at Spotless Stadium was also disappointing for the small crowd that turned up to watch it. That attendance of only 14,865 – the AFL’s lowest finals crowd since 1916 – will be a real concern for those at league headquarters.

I hope the AFL knows what it’s doing because the Giants won’t be as strong as they are forever.

What is clear from both finals at the weekend is that pressure is absolutely crucial to winning in September.

Of course, winning the ball is priority No.1, as it always has been.

So many people talk about the ‘modern game’ and how much footy has changed, but winning the ball still trumps everything else.

But Geelong’s pressure was outstanding against Sydney on Friday night and led to so many errors from the usually reliable Swans.

The Cats kicked 10 goals from turnovers – compared with two against Richmond – and lifted their tackling, particularly inside 50.

And Scott’s men followed his instructions to a tee. It resulted in an excellent Geelong win.

I’m not sure if the Cats can back it up in Adelaide on Friday evening, though. I think they might have shown their hand.

If the coach starts Dangerfield forward again, there’s no way Adelaide will be surprised.

Guys like Zac Smith, Sam Menegola and Darcy Lang might have trouble backing up games that were close to career-best on Friday, too.

I also think Adelaide has been the best side right throughout 2017.

What is working against the Crows is the fact they will enter their preliminary final having played only one match in just shy of four weeks.

Richmond is confronted with the same ‘advantage’, and I am slightly concerned for both as a result.

The Crows will be good enough to overcome that inconvenience, though, and should post a victory.

With all due respect to the Crows and the Cats, I am most looking forward to seeing Richmond in action.

Melbourne is abuzz with Tiger talk, and it is going to be so exciting to see the MCG absolutely crammed with Richmond fans when it plays the Giants.

The crowd will be a sea of yellow and black, and the roar when the Tigers kick their first goal will be deafening.

If you come across a ticket or get the chance to go – do it!  It will be spine-tingling stuff.

I really hope that Richmond can win. One, it will be great for the club’s long-suffering supporters, and also because it would create a really exciting grand final week.

Let’s just hope it is a close match. This finals series certainly needs one.

AFL Finals 2017: The year of the finals blowout