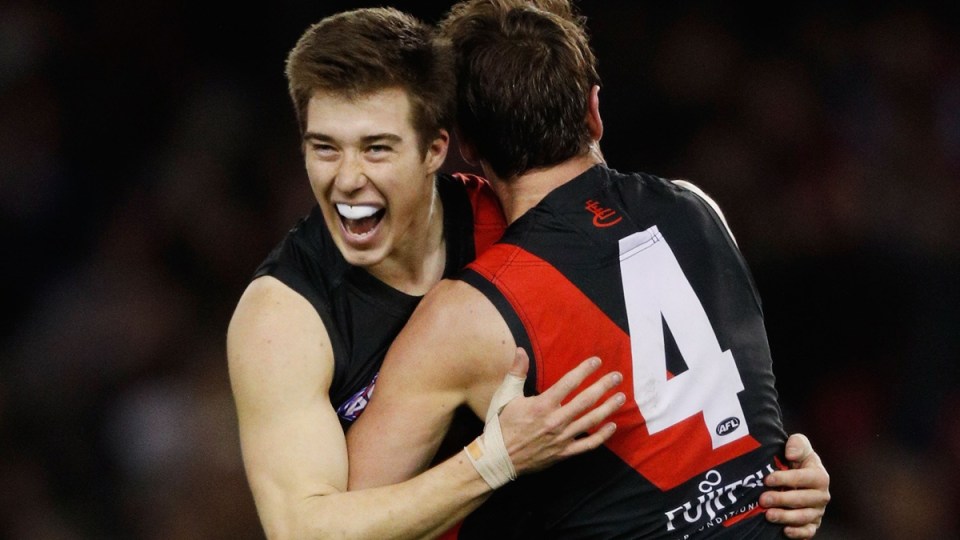 The supplements saga that tore apart the club – and saw the Bombers banned from the 2013 finals series and most of the club’s stars suspended for the 2016 season – was the biggest scandal the AFL has ever seen.

In truth, though, the Bombers, without a finals win since 2004, have struggled for more than a decade.

But that can all change on Saturday evening as John Worsfold’s revitalised Bombers head to Sydney to face the in-form Swans in elimination final that has all the ingredients of a classic.

The two sides played out a thriller at the SCG in June, in which Essendon snatched defeat from the jaws of victory, giving up a 19-point lead with less than five minutes to go and losing after the siren.

But it was a statement performance from the Bombers, who have showed they can match it with the best in terrific wins over Port Adelaide and Geelong in an impressive 2017 season.

“If we win, fantastic. If we don’t, hopefully we learn something from it.

“But I reckon we’re a good chance. Essendon people are really pleased at where we are.

“One of the good things this year is when I have a conversation with people it’s not about what we did or what we should have done [in the supplements saga], it’s about ‘should Hooker be forward or back’?”

“It’s all about footy and nothing else, which is fantastic.”

Madden, who played in 378 matches for the Bombers and starred in the club’s back-to-back premierships of 1984-85, believes they are now well-placed for a period of sustained success.

“We’re tracking well. I would like to see us back to where I think we could be and should be, which is multiple years in the finals,” the four-time club best and fairest said.

“We can actually start to think and act and talk like a proper footy team again.

“In some ways, it’s a great success to get to the finals. (But) successful footy teams talk about staying in the finals and winning flags.

“It’s going to be hard because Sydney’s a great side, but we learnt some lessons from the last time we played them and you just never know – once you’re in it you give yourself a chance,” he added.

“The best thing you can do is win a final.

“I can remember we got in the finals and lost a couple of elimination finals and you question yourself, and then you win one and all of a sudden you go ‘Oh, I like this’, so you understand what it’s all about.

“While it’s great to be there, winning one is a huge step.”

Madden’s premiership teammate Paul Vander Haar is one who’s daring to dream that premiership cup number 17 is just around the corner.

“I reckon it was fantastic for footy last year with the Bulldogs getting up after all those years,” Vander Haar told The New Daily.

“There’s always an underrated side that comes up.

“Hopefully it’s like the Bulldogs last year, that everything goes right, that all of the players are 100 per cent and have got the right attitude.

“If they do get up (against Sydney), their confidence is going to be sky high, which is a major factor.

AFL Finals 2017: The lengthy drought Essendon is desperate to end