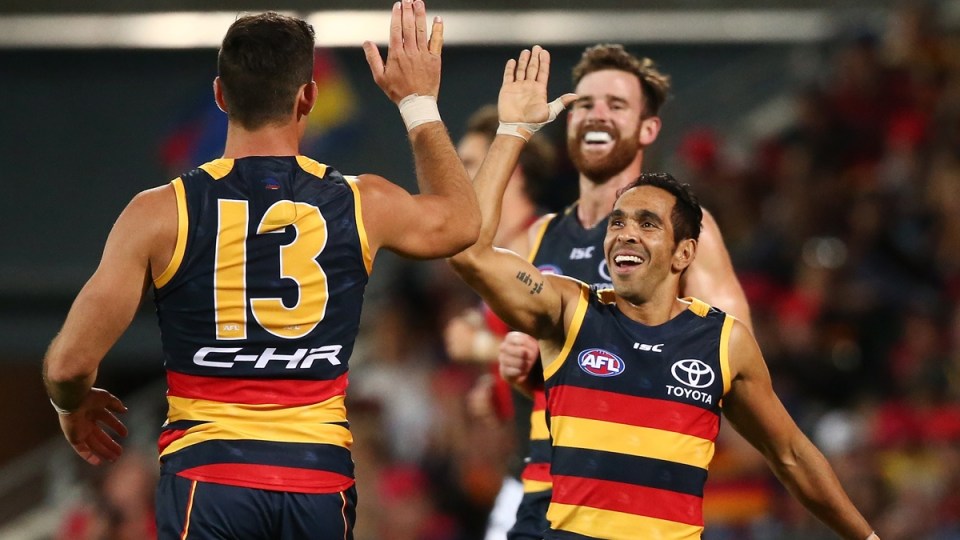 The Adelaide Crows finished the year on top of the ladder. Photo: Getty
analysis

What a great home-and-away footy season we have seen.

The AFL will be very pleased – plenty of games were close and the re-emergence of Richmond has everyone excited for the finals.

The Tigers are an enormous addition to September but for 10 other clubs, things have ended too early.

Adelaide (ladder position: 1st)
✅  Attacking game style
✅  The Crouch brothers (Dangerfield who?!)
✅  Don Pyke’s ability to get the most out of his players
❌  Going into the finals on the back of two losses

Greater Western Sydney (4th)
✅  The way they run in waves with the ball
✅  How Josh Kelly has handled discussion on his future
❌  A few older players battling (Heath Shaw, Steve Johnson and even Shane Mumford)
❌  Unsure they can stand up when it counts

Western Bulldogs (10th)
✅  Marcus Bontempelli − even in a tough year his star shone
✅  Bailey Dale looks a very handy find
❌  Celebrated that premiership for too long in my book
❌  Defence looked a mess at times. Joel Hamling a huge loss

St Kilda (11th)
✅  Seb Ross announcing himself as an excellent player
✅  How Nick Riewoldt’s farewell was handled
❌  Had the talent to make finals but didn’t deliver
❌  Don’t like their slow, predictable style of play

Hawthorn (12th)
✅  The recruitment of Tom Mitchell − he will finish top three in the Brownlow
✅  Alastair Clarkson’s risks (trying Gunston, Sicily, Burton etc back)
❌  Never won more than two in a row, lacked consistency
❌  Got thrashed in a few ‘un-Hawthorn-like’ performances

Collingwood (13th)
✅  Taylor Adams − I enjoy his work
✅  Will Hoskin-Elliott looks a shrewd pick-up. Very handy player
❌  Hate their style of play − they don’t give their forwards a chance
❌  Lack flair across the board

What your AFL team did right and wrong in 2017