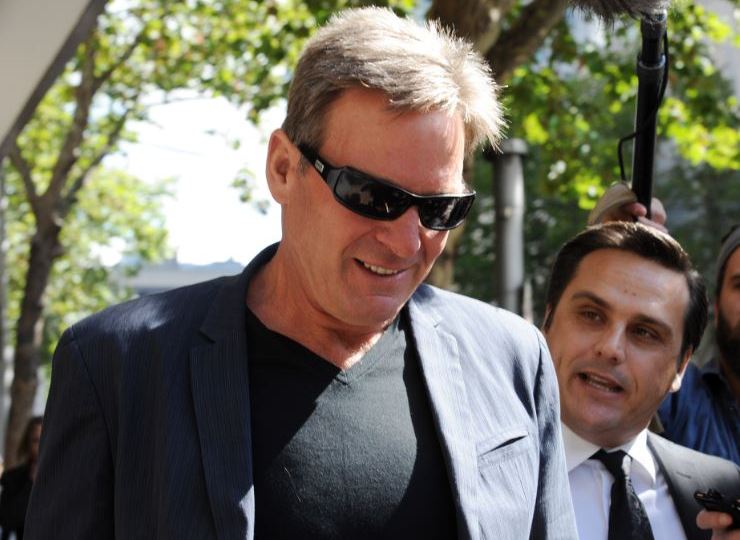 If Australian television was like Survivor, John ‘Sam’ Newman would have been voted off long ago.

The former footballer and star of Channel Nine’s AFL Footy Show has demonstrated time and again that he doesn’t care what anyone else thinks and he’s happy to offend all comers.

His sportsman’s night shtick and deliberately provocative segments and comments no longer have a place at even private football club gatherings, so how can we accept them in such a public forum?

Barely a month goes by without Newman making some outlandish comment in his increasingly desperate attempts to prove he won’t be bound by the constraints of what he sees as political correctness.

Late last year, then co-host James Brayshaw referred to Newman as a narcissist, and there’s little doubt that the former Geelong ruckman craves the spotlight. The fact that his employers have failed to rein him in over more than 20 years on air has encouraged him to believe he can get away with anything.

This week, it was comments about Caitlyn Jenner, intended no doubt to get a few blokey chuckles about the former Olympic athlete’s transition from male to female. All Newman managed to do was make a lot of people cringe, and give many others just cause to label him transphobic.

It’s not a new cycle and it’s become more than tiresome.

The biggest controversy saw Newman suspended for all of three weeks after an outcry from the public (and, notably, advertisers) following an appalling skit that demeaned the chief football writer of The Age, Caroline Wilson, in 2008.

Wilson has never been reticent about calling out Newman’s offensive comments, but when he dressed a mannequin in lingerie, stapled on a picture of the respected journalist’s face, manhandled it and made provocative remarks, he clearly crossed the line which, in turn, led to a flood of complaints.

Only a couple of weeks after returning to the show, seemingly unrepentant, he made crude remarks about a female politician. These incidents served to reinforce his reputation for chauvinistic behaviour and, at times, complete disrespect of women.

Also in 2008, Channel Nine settled a defamation claim brought by a Western Bulldogs board member after Newman had called her a liar and a hypocrite on air.

However, the veteran of 300 VFL games is an equal-opportunity offender. In 1999, he donned black face paint to impersonate indigenous player Nicky Winmar, at a time when racial vilification was only starting to be treated with the appropriate level of seriousness by the football community.

In 2009, the media watchdog ruled that Newman had likely provoked severe ridicule on the basis of a man’s colour and race after he commented that a Malaysian man was “not long out of the forest”.

Any one of those incidents might have been career-ending for most television people, not least because public reaction has been to send the message to the network that it’s not what we want to see or hear.

The falling ratings of The Footy Show would seem to reinforce that message. At the start of 2016, producers brought in journalist Rebecca Maddern to co-host the show, hopeful that her presence would help raise the tone out of the locker room. There’s little evidence of success on that front.

Much like previous co-hosts, including Eddie McGuire, Garry Lyon and Brayshaw, and the current and past players who appear as panellists each week, Maddern does little more than try to change tack while laughing off Newman’s conduct in a casual “oh, that’s just Sam being Sam” manner.

Perhaps it’s understandable that they want to move on quickly and not make an even bigger deal of his transgressions, but at the same time it’s a tacit acknowledgement on their part that he is bigger than the show itself.

He’s essentially their meal ticket and they’re loath to bite the hand that feeds them, but if all that’s keeping The Footy Show on air is Newman’s offensive buffoonery, then it’s well past its use-by date.

Opinion: It’s past time for Channel Nine to show Sam Newman the door once and for all