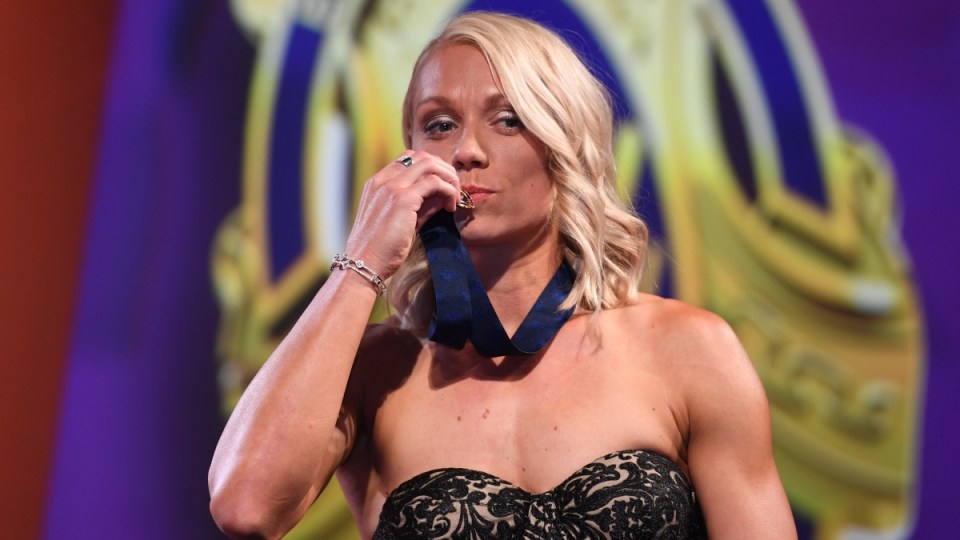 The Olympic basketball silver medallist won the women’s equivalent of the Brownlow medal in the inaugural AFLW season.

Phillips had an unbeatable three-vote lead before the last of the seven rounds and she finished on 14, four ahead of Melbourne’s Karen Paxman and Ellie Blackburn from the Western Bulldogs

The vote count was the centrepiece of the AFLW awards night, a black tie function on Tuesday in Melbourne.

The Crows utility has won a string of awards – on Saturday, Phillips was voted best afield as Adelaide beat Brisbane in the grand final. 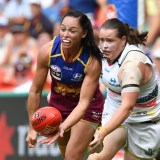 Her best and fairest award comes a day after Phillips also took out the AFL Players Association most valuable player honour.

Phillips also won goal of the year and is vice-captain in the women’s All-Australian team.

“I’m unbelievably honoured – when I first ran out, the first game, I was just in awe of how much there is in the competition.”

Phillips also paid tribute to her teammates, saying the award was an extension of them.

“I’ve been very, very lucky to be a part of such an amazing team that’s achieved so much,” she said.

The Crows and Lions had the biggest representations with five apiece.