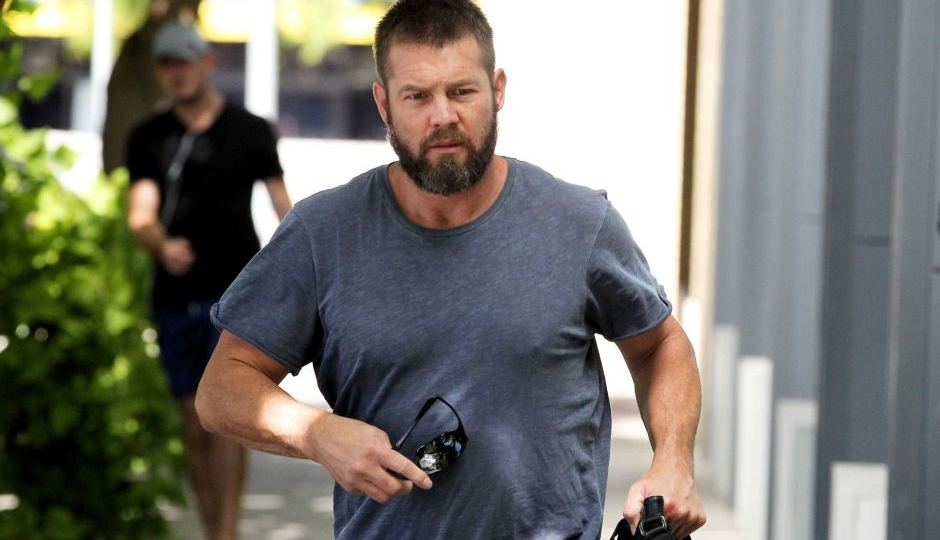 Troubled former AFL premiership player Ben Cousins was willing to do 12 months of drug rehabilitation, but a Perth magistrate has instead ordered him to spend one year in prison.

Cousins was sentenced in Perth Magistrates Court on Tuesday, having previously pleaded guilty to 11 offences, including aggravated stalking, breaching a violence restraining order and drug possession.

When the former West Coast captain was arrested, police found eight grams of meth, which his lawyer Michael Tudori told the court would only last four days because he had a high tolerance.

The VRO was taken out by Cousins’ former partner Maylea Tinecheff, with whom he has two children, and the breaches related to him visiting their school and church, and making hundreds of phone calls to her.

Cousins rang Ms Tinecheff 371 times in February, including 50 calls in one day.

The police prosecutor said Ms Tinecheff feared for her safety, and that of her children, because Cousins was unpredictable while on drugs.

Cousins, who was supported by his father, had a full beard and was wearing the same T-shirt he wore the previous day to court.

“It’s the root of all his problems,” he said.

Mr Tudori said while Cousins had been reluctant to address his addiction, his five weeks in prison changed him.

“The ultimate master of his own destiny is himself,” he said.

“No one can force him, but he’s at the stage where he accepts that he needs to grab the hand of help.

Mr Tudori said the residential rehab program Cousins wanted to do could last 12 months, and would include urinalysis and counselling.

The court heard the AFL Players Association offered to pay part of the cost and the Eagles might employ him when the program ended.

Mr Tudori said Cousins had not had regular employment since the end of his football career and had been living off savings.

He asked Magistrate Richard Huston to grant Cousins a suspended prison sentence so the 38-year-old could attend rehab.

He said Cousins has been in a position to show leadership and inspiration, but had instead made a series of poor decisions.

“Anxiety, fear and worry is an injury.”

Cousins was fined $2400 for the drug offences and jailed for the stalking and VRO breaches.

He will be eligible for parole after serving six months and will also have his driver’s licence suspended for an additional nine months.

Mr Tudori told reporters Cousins was disappointed, adding he was unsure if the case would be appealed, but he would consider it.

“It’s the first time that I’ve seen Ben in a long time that he’s very clear thinking, his mental health is very stable and it’s a shame that the opportunity’s missed for him to go into residential rehab,” he said.