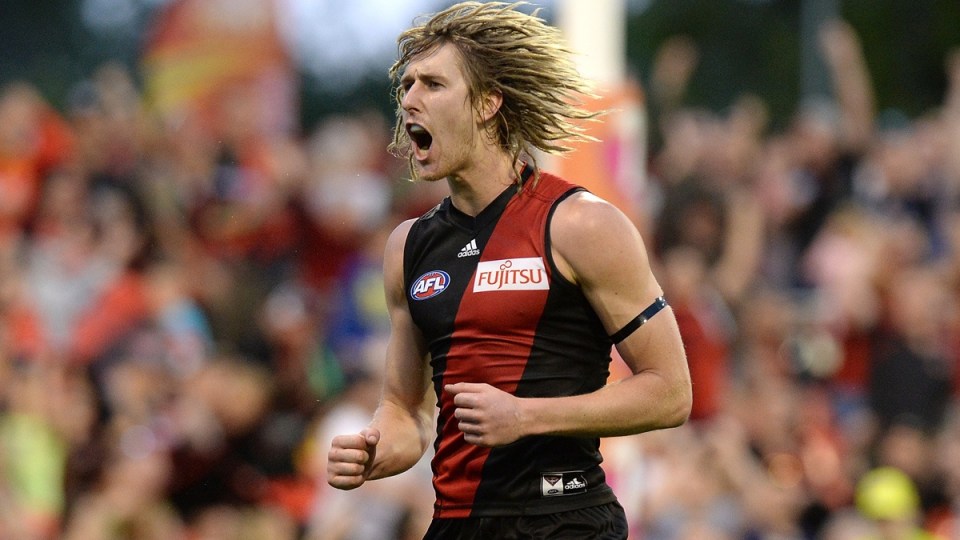 If you are unsure what to expect of Essendon in 2017, you’re not the only one.

As the Bombers prepare to open their campaign against Hawthorn at the MCG on Saturday evening, no pundit in football can agree on what they will produce.

Has there ever been a greater unknown ahead of an AFL season?

But they all return in 2017 and, coupled with the increased match experience given to the club’s young stars in their absence, Essendon seems entirely possible of finishing anywhere from the top four to the bottom four.

Midfielder Zach Merrett, who is just 21 but won the club’s best-and-fairest last season, even said “we genuinely could contend for a premiership this year” on SEN Radio this week.

The biggest question hanging over the Bombers is how comfortably their experienced stars will slot back into senior football after an extended lay-off and even skipper Heppell admitted he was not sure what to expect in 2017.

“I think that’s the really exciting thing about it – we don’t really know how we are going to go,” Heppell told The New Daily.

“No one else really knows how we are going to go. That brings a lot of excitement.

“Last year gave an opportunity for a lot of guys that may not have been given games [otherwise].

“We’ve really fast-tracked the development of a lot of young boys and really progressing their game.

“We’re really excited. Obviously [it was] a very different year last year but it’s given us a great amount of optimism leading into this year.”

Merrett is the leader of the pack in terms of Essendon’s young talent but whiz kids Darcy Parish, Orazio Fantasia and Anthony McDonald-Tipungwuti are not far behind.

The Bombers also added the best young player in the country, Andrew McGrath, with the first selection in the 2016 AFL draft.

That McGrath will immediately make his debut against Hawthorn on Saturday evening at the MCG is an indication of his obvious talent.

“Andy McGrath coming in in his first year, the number 1 pick – I think he’ll feature quite prominently throughout the year,” Heppell said.

As if the return of six of the 12 players hit with year-long suspensions for the club’s ill-fated supplements saga of 2012 was not enough motivation, the Bombers start 2017 with a clash against their fiercest rivals.

The game, crammed with other storylines including Jarryd Roughead’s return from cancer, and Jaeger O’Meara and Tom Mitchell’s first AFL appearance for Hawthorn, is more important than normal, Heppell says.

“We always love playing the Hawks and especially at the MCG. Saturday night, so might be looking at 80 or 90,000 fans there,” he said.

“These are the ones that you do get that extra buzz, extra excitement over.”

The “great vibe” around the club has Heppell quietly confident.

Hawthorn’s raft of off-season changes, headlined by the departures of four-time premiership stars Sam Mitchell and Jordan Lewis, only add to the intrigue ahead of Saturday’s blockbuster.

But if the Hawks are an unknown quantity, trying to read the Bombers is almost impossible. Time will tell.