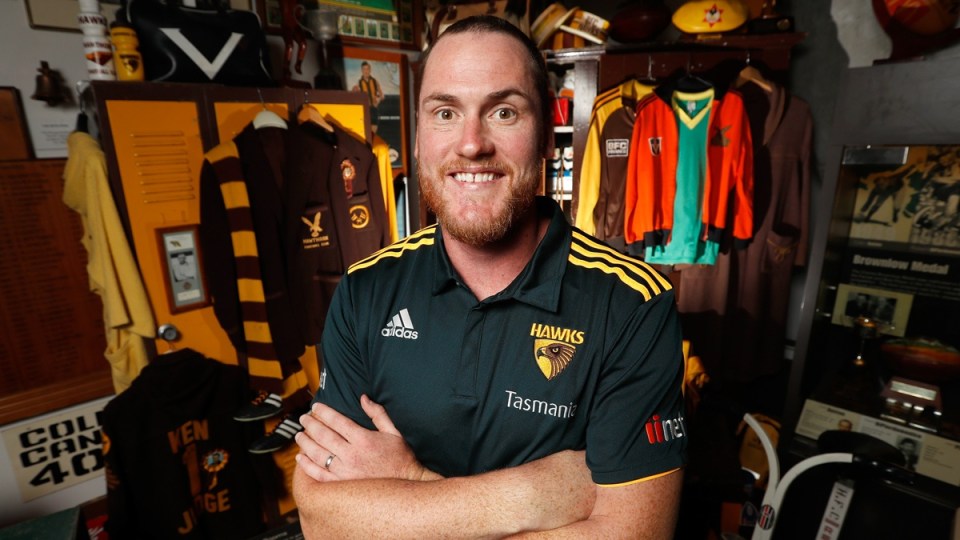 Sometimes it can be easy to forget that there is more to life than football in Melbourne, a city that regains its heartbeat at the start of each AFL season.

Jarryd Roughead’s health battle has provided a constant reminder in recent times, though, and the Hawthorn champion’s return to senior football against old rivals Essendon on Saturday night promises to be the story of the weekend – if not the month or the year.

Roughead, taken at pick 2 in the 2004 AFL Draft, was a triple premiership player when he first had a melanoma removed from his lip in July 2015.

He missed just two matches and played in another grand final win later that year, only for the cancer to return in May 2016.

The diagnosis was not promising, either. The cancer had spread.

“Four small spots” of melanoma were found on his lungs, he announced, leading to a period of immunotherapy expected to last 12 months.

Without their star forward, Hawthorn’s bid to make history and win a fourth successive AFL premiership failed. But fiercely competitive coach Alastair Clarkson summed up the mood when, after the club’s semi-final exit, he said “we’d rather finish 18th just to have his health back again”.

Clarkson got his wish in December when Roughead revealed the treatment had worked and that he was focused on a return to football.

That that will come in Round 1 is remarkable and in the process, he will captain his beloved Hawks for the first time, having replaced Luke Hodge in the top job.

“At the time when you are going through it all, obviously playing footy was there – but it wasn’t the sole goal,” Roughead told The New Daily at the MCG.

“When you saw Round 1, us against Essendon, with everything that they’ve been through [supplements saga], obviously our new changes and stuff like that, there’s storylines everywhere. It’s going to be a very, very big match.”

Roughead is spot on.

There are storylines and ‘comeback stories’ everywhere. But none come close to his.

The 231-game Hawk, whose last AFL appearance came in the 2015 grand final, wasted no time once he got the cancer all-clear, making an early start on pre-season.

“[I wanted to] give myself every chance to try and play these early games,” he said.

That Hawthorn’s season-opener comes against the Bombers has no doubt added to Roughead’s motivation. He talked up the rivalry between the two clubs before adding he would seek out “some of these new [Hawthorn] boys and give them an understanding of what it [Hawthorn v Essendon] is like to play in” before the opening bounce.

The 30-year-old is famous for his laconic and laid-back nature but that will surely be tested against the Bombers, given the eyes of the football world will be on him in an occasion so big rival players will attend to show their support.

“He’s a close mate of mine. We grew up in Gippsland and played a lot of basketball against each other,” Collingwood captain Scott Pendlebury told The New Daily.

“I’m really looking forward to getting along … I’ll come and watch and support him. It’s such a remarkable story.”

The well-wishers did not stop there.

Sydney captain Josh Kennedy, a former Hawthorn teammate of Roughead’s, told The New Daily what a “genuine and good bloke he is” while West Coast skipper Shannon Hurn added that he is “a very good person”.

There is no doubt that Roughead is universally loved in football – even among opposition fans.

And that is particularly notable given who he plays for. We wish him well.