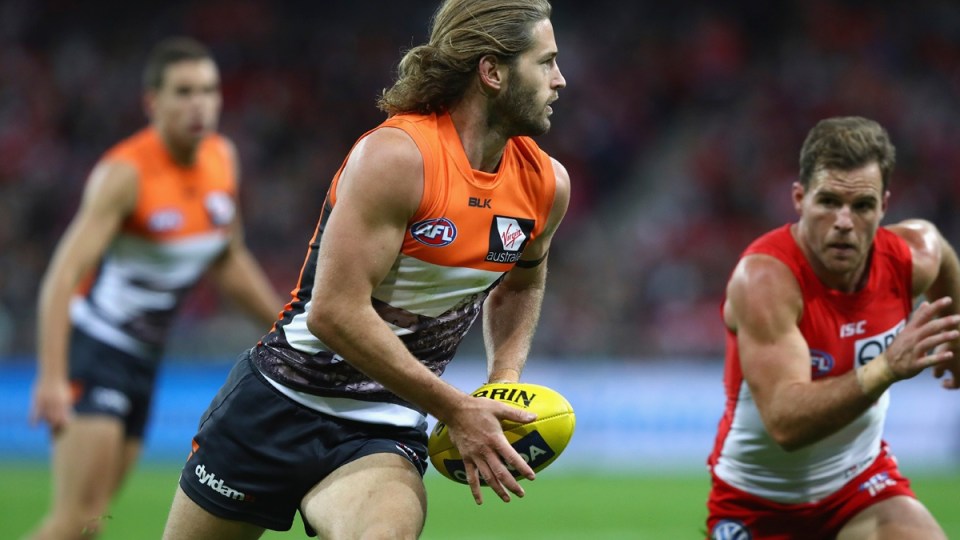 In the footy world, there’s a lot of talk about Greater Western Sydney.

Too many draft and academy concessions, many say, while the club’s short history and small supporter base is a talking point for others.

Most of the comments stem from jealousy, given the club’s ominous 2016 that ended in a one-goal preliminary final loss to eventual premiers Western Bulldogs.

An even better season is predicted in 2017 with GWS’s outstanding array of blue-chip young talent tipped to improve even further.

That will ensure the external noise around the premiership favourites will not only continue, but probably increase – not that co-captain Callan Ward, who is adamant the Giants will improve, is fussed.

“To keep it pretty blunt, I don’t care at all [about external opinion],” he told The New Daily.

“There might be a few players who listen to it but as a whole, I don’t think we listen to it – the coaches don’t listen to it. We don’t talk about it.

“I think we just know that we need to improve on last year. That’s all we try and do.”

That the Giants could get even better in 2017 is sure to scare the rest of the AFL and Ward says they are targeting two key areas.

“As a club we’ve worked on a lot over the pre-season – areas that we had to improve on off the back of last year,” he said.

“Late in quarters, we have to control the ball a bit more, and if the other team have a run-on, we have to drop a guy behind the ball … [and learn] how to stop that.

“The driving force is just that we know that if we improve and we play better in different situations, we can improve on last year and go two steps further.”

For Ward, who has been at the club since 2012 after crossing from the Bulldogs, it would be extra special, particularly having watched many of his friends at his former club achieve the ultimate glory last season.

Of the 18 AFL captains, 14 have tipped the Giants to make this year’s grand final.

Key to those chances are the way the Giants respond from last year’s heartbreaking defeat to the Bulldogs, but Ward, who tipped Josh Kelly as the club’s big improver in 2017, says they addressed the loss quickly – and in the right manner.

“Our first day back from the off-season, we reviewed that,” he said.

A tough Round 1 task awaits the Giants, who travel to Adelaide to face the Crows on Sunday afternoon but for Ward and his teammates, it can’t come quick enough.

“I’m very excited. The boys just can’t wait to get out there and play,” he said.

It would surprise no one if this was the year of the Giants.