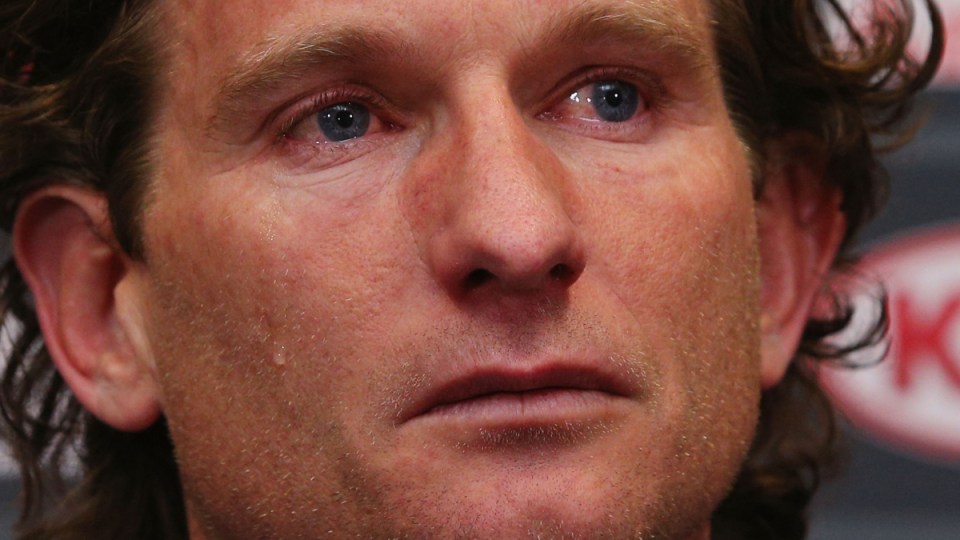 Essendon great James Hird has opened up about his depression and hopes for 2017.

James Hird reached breaking point when he took an overdose of sleeping pills, saying he was in deep clinical depression.

The former Essendon star AFL player and coach has commented publicly for the first time since he was taken to hospital in January.

Hird spent five weeks in a mental health facility and he said it was life-changing.

“Everyone has a breaking point and I reached mine after years of continual stress,” he said in his first column for the Herald Sun.

“I am not ashamed to say that I needed the care I received and, without it, I do not know where I would be. Depression is more than just sadness.”

Hird’s overdose came after his central involvement over the previous five years in the Essendon supplements debacle.

The Essendon great said he would rather go through the horrific facial injuries he suffered during a 2002 match than the deep clinical depression again.

“My first call to beyondblue in 2015 was an admission I needed help but it took until January 4, 2017, when I took too many sleeping tablets, to truly accept that I could not dig myself out of this hole,” he said.

“Certainly, it (his time in the facility) was no holiday camp but provided a supportive, welcoming, safe and caring environment and allowed me to receive the treatment I needed.”

Hird paid tribute to his wife Tania, calling her the strongest person he had seen or witnessed.

“Her unconditional, all-encompassing love, positivity, strength and ability to keep rising to the challenges that have been put in front of our family has been extraordinary,” he said.

“Over the past four years, I have been short-tempered, distant, hard to live with, rude at times and ill.

“Tania, my children, my extended family and friends have loved, supported and cared for me when I didn’t deserve their support.

“It is the unconditional love and care alongside the professional attention that has given me a second chance at life. I am an extremely lucky man.”

Essendon are clear of the supplements saga and this season welcome back 10 players who had missed last year because of doping bans.

“The Essendon theme for this year is about their comeback story. I can’t wait to watch the comeback for many reasons,” he said.

“But mostly to see the smile on the Essendon supporters’ faces … bring on 2017 and the year of the comeback.”

Australian readers seeking support and information about depression can contact the Depression Helpline (from 8am to midnight) on 0800 111 757.