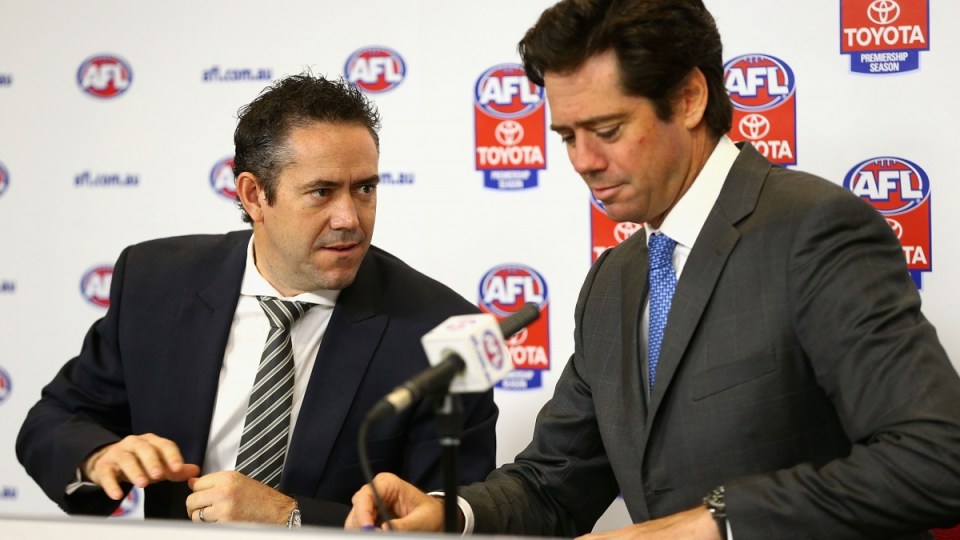 New AFL football operations boss Simon Lethlean is a fan of fast and free-flowing football but he has no plans to immediately stamp his authority on the game.

Across his 13-year career with the AFL, Lethlean has played a major role in media broadcast rights negotiations, overseen the fixture and most recently managed the successful launch of the women’s competition.

The league tinkered with the rules of the game in December, banning the ‘third man up’ tactic at ruck contests, taking a stricter view on deliberate rushed behinds and players instigating high contact.

Debate continues to swirl around the rushed behind rule, the bounce and player interchange rotation restrictions but Lethlean has no immediate plans to further tweak the game.

“I think the last game we all saw was the AFL grand final … and that was a pretty fast, free-flowing game so I doubt much needs to change right now,” Lethlean said. 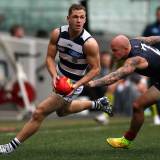 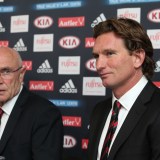 “We’ll see how the season unfolds.

“I’ve been fortunate to be in the industry for 13 years, I’ve developed great relationships and had great mentors and leaders.

“I’ll continue to listen and consult about the issues … and work out what’s best for footy.

“And there’s no hurry to do that.”

“I think it’s been acknowledged it’s been a really successful initiative but Simon’s experience goes well beyond that,” McLachlan said.

“He’s a person who is at his core a football person – he’s had a long time around the game and he knows football.

“He’s a guy who is a very strong leader.”

McLachlan moved swiftly to replace Evans, who announced earlier this week he would take on the role of chief executive at Gold Coast AFL club.

As part of the AFL’s management restructure, Travis Auld will become the chief financial officer and general manager of clubs and Ray Gunston – the lead negotiator in the ongoing pay dispute with the players – will take on the role of general manager of infrastructure and major projects.