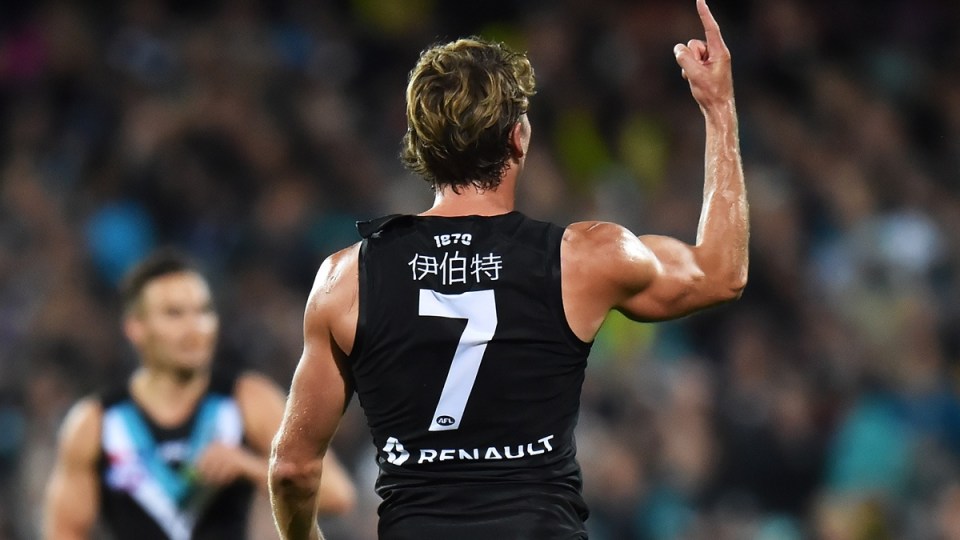 Port Adelaide have tried to embrace the Chinese community in many ways. Photo: Getty
analysis

AFL CEO Gillon McLachlan must have had too much rice wine over lunch.

With jaw-dropping hubris he announced the AFL was about to ‘footify’ the old Orient.

Port Adelaide and the Gold Coast Suns will play for premiership points in Shanghai on May 14, 2017.

McLachlan packaged the clash as a diplomatic coup, seemingly on a par with the US’ ping-pong diplomacy of the early 1970s.

“Australian football will play a bigger role in deepening the historic connections between Australia and the People’s Republic of China,” he declared. 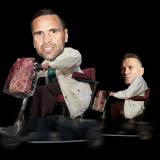 Why you’d be mad to watch Green v Mundine II 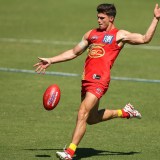 The match will be watched by more Port supporters than Chinese, and certainly won’t advance the game’s profile in the Middle Kingdom.

Other than the clubs’ supporters and those who will pocket fistfuls of dollars from the game, who really cares?

The deal will be a potential financial windfall for the clubs’ coffers.

Port Adelaide chairman David Koch says the club stands to make $600,000 on the Shanghai venture by selling a home game.

It fulfils the terms of Port’s three-year, multi-million-dollar partnership with the Shanghai property developer, Shanghai Cred.

In April, both parties agreed to develop Australian football in China.

The Suns also have their eye on the Chinese market.

According to CEO Tony Cochrane, “China is the No.1 international tourism market for … the Gold Coast”.

The game will “generate” exposure for the Coast, and lead to growth in the club and “business friendship with our friends in China”, he added.

It’s not the Suns or Cochrane’s first foray into the Chinese market. As CEO of the V8 Supercars he secured a TV rights deal with Chinese media interests, while the Suns are sponsored by Shanghai technology giant, Huawei.

At Wednesday’s announcement, McLachlan suggested the game was “part of [the AFL’s] broader strategy to reach new markets, both inside Australia, and across the region”.

The AFL’s international reach is a pipe dream.

If the game can’t attract a market in New Zealand, it certainly won’t crack it in Shanghai.

The AFL has enough trouble plugging the game in NSW and Queensland, let alone China.

Sure it’s played internationally, but not by locals. Rules is the game of expatriate Australians, living in cities across the world, who happen to own a Sherrin.

There’s a league in Denmark, which I stumbled across while teaching at the University of Copenhagen years ago. “It’s a game played by Australians who married blondes,” remarked a Danish colleague.

The situation in China is similar. The Shanghai Tigers, Beijing Bombers, Guangzhou Scorpions and Hong Kong Dragons comprise largely of Aussie expats with a bag full of footys.

Exporting a sport to another region depends on diasporic flows and global media exposure, not a deal with a local property developer.

Australians do not settle en masse in other countries and import most of their sports media content. We are bit-players on the world sports stage and our local football codes reflect this.

Koch celebrates that “the AFL will become the first elite foreign competition to play a regular season game for points in China, beating the likes of the NBA, English Premier League, Major League Baseball and NFL”.

The AFL is not in the league of any of these globally disseminated competitions.

The NFL stages matches for points at London’s Wembley Stadium because the competition has a global rather than a regionalised following.

Let’s hope the AFL’s Chinese hosts turn on the mijiu and dumplings in May, because not much will come from Gill and Kochie’s Shanghai shocker.

Why the AFL’s overseas obsession is hurting the game