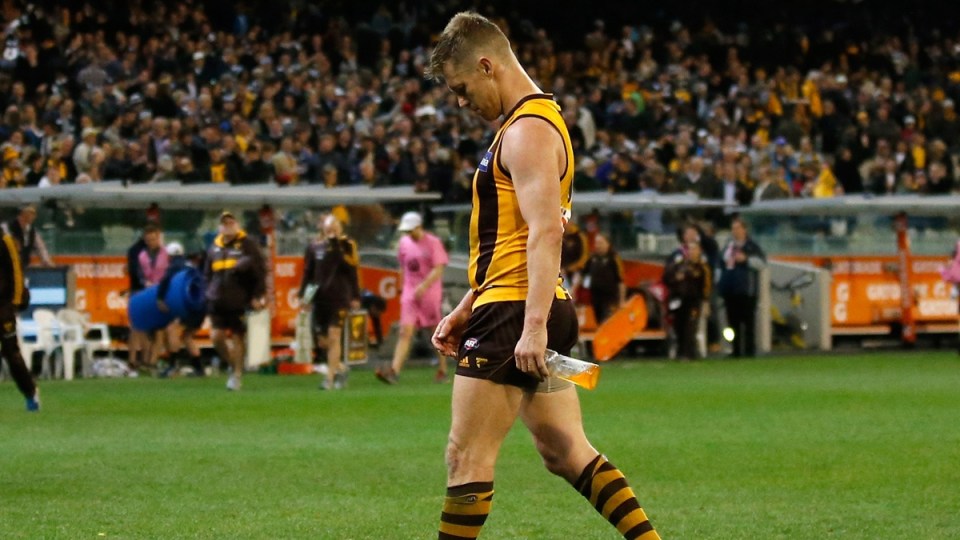 Has Mitchell played his last game for the Hawks? Photo: Getty

I was flabbergasted to hear Sam Mitchell had been put up for trade and might end up at West Coast.

He has been an outstanding player for Hawthorn for a very long time.

He is a five-time best-and-fairest winner (only Leigh Matthews has won more at Hawthorn), a four-time premiership player, a premiership captain, the joint leading Brownlow Medal vote-getter of all time and a three-time All-Australian.

People will say he is 34 and that he is too old but you just have to look at his form this season. He was Hawthorn’s best player.

Once you are 30 as a footballer, everyone thinks you are finished. But birth certificates should be forgotten.

Actions speak louder than words and it’s about performances, not age. 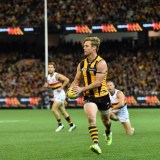 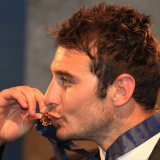 Sam’s ability to find the football in heavy traffic always stood out to me.

And has there ever been an AFL player as proficient with both his right and left foot? You wouldn’t even know which was his preferred side.

He’s been tagged consistently for years but still gets 30 disposals most weeks and his list of achievements is astonishing.

“I don’t think it’s a bad trade if it benefits both parties,” he told The New Daily.

“Hawthorn are desperate to rejuvenate their list – particularly the midfield – to stay in premiership contention. The AFL is a brutal industry and we are seeing more players traded than ever before.

“What has made Alastair Clarkson such a great coach is that he is prepared to make the tough, bold decisions that most clubs won’t.”

Pagan continued: ‘Adam must be delighted’

The toughest and best players stand up in finals.

In the 2015 finals series, which Hawthorn ended with their third straight premiership, Sam Mitchell was outstanding.

And they weren’t junk ones either.

I hope the Hawks realise what they are doing by sending him to West Coast – if it all goes through.

Things like this can destroy the fabric of clubs and they could really end up with egg on their face.

West Coast coach Adam Simpson – like Hawthorn mastermind Alastair Clarkson – is one of my old players.

Adam must be delighted. What a pick-up Sam Mitchell would be for the Eagles.

He could be the difference between the Eagles making the finals and bowing out, as they did this year, and making the grand final, like they did in 2015.

West Coast will get an A-grade midfielder who amasses a stack of possessions and has terrific disposal.

Hawthorn may well say they need the salary cap space for the likes of Tyrone Vickery, Jaeger O’Meara and Tom Mitchell.

Vickery has already joined Hawthorn and it must be said that Clarkson has a track record of getting the best out of players.

But Sam Mitchell is a champion. And Vickery has struggled to make an impact in his career.

I really like Alastair and he has the runs on the board to make a call like this. But he will bear responsibility if it goes wrong.

The news really is another nail in the coffin for loyalty in football, though.

I wonder if his decision to go had anything to do with the way North treated Brent Harvey, Drew Petrie, Nick Dal Santo and Michael Firrito.

These moves of big players are starting to happen more – maybe we should stop being surprised by anything in football.

But Sam Mitchell is one of Hawthorn’s greatest ever players.

And with the Hawks themselves planting the seed for his proposed move to West Coast – I wonder how jumpy the likes of Luke Hodge, Josh Gibson and Shaun Burgoyne are feeling?

To suggest a club legend should look at a move away from the club is a big risk. You don’t trade legends.

I just hope Hawthorn haven’t shot themselves in the foot.