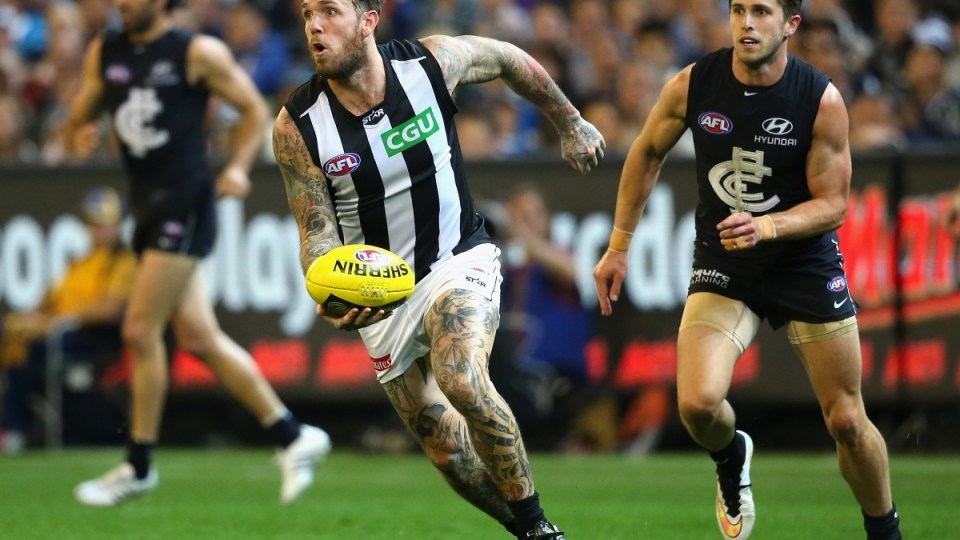 Swan is adamant he doesn't have a drug problem. Photo: Getty

“You show me someone who doesn’t know someone who has experimented or tried social drugs, and I will show you a liar,” Swan told the Sunday Herald Sun.

“I have experimented with what some people call recreational drugs, but have never taken performance-enhancing drugs or what you might call ‘heavy’ drugs.”

Swan, who won the Brownlow Medal in 2011, revealed that he never failed a drug test during a career that started at Collingwood in 2003.

“Not one positive test under the AFL’s illicit drugs policy, which, given the amount of times I was tested, proves that drugs have never been an issue through my career, despite what some people have implied,” the 32-year-old said.

Swan retired after suffering a foot injury in the opening minutes of the 2016 season, bringing an end to his 258-game career which included winning a premiership in 2010.

The newspaper interview was given to coincide with the release of his new book Dane Swan: My Story.

In the book, Swan details how the drug culture has changed dramatically since he became a footballer.