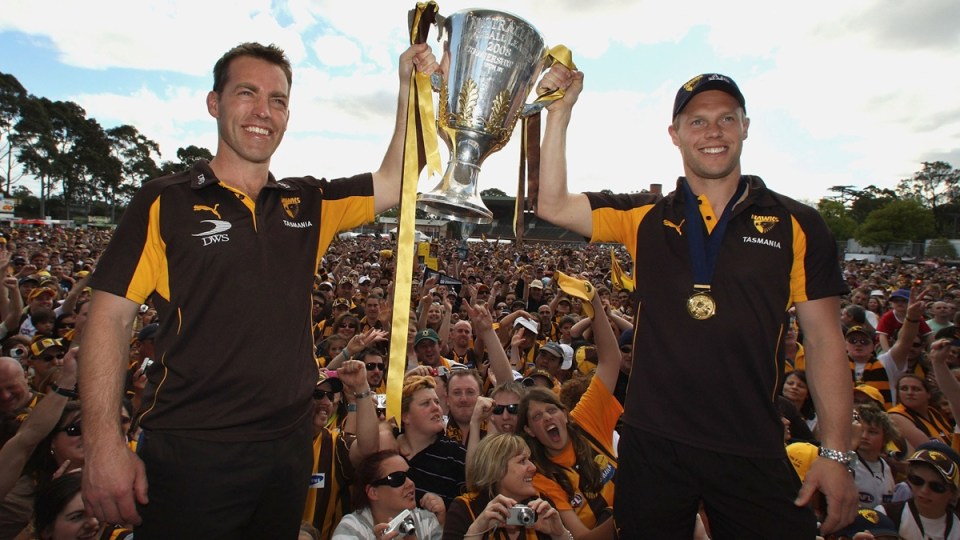 Every kid keen on a footy career dreams of playing on grand final day.

I was lucky enough to do it in 2008, and to be on the winning side when Hawthorn upset Geelong.

It was our first grand final as a group, and our coach Alastair Clarkson realised that we might be a little overwhelmed by the week itself.

But Clarko urged us to embrace the week and to soak it up. 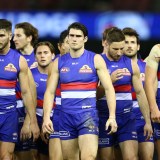 Why the Bulldogs won’t get near Sydney on Saturday 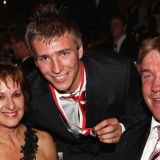 It never happened again for me and I’m glad I took his advice.

Like most players, I had a heap of ticket requests from blokes I went to high school with but hadn’t seen in years and long-lost cousins I didn’t know I had.

You want to help out but you can’t please everyone.

I always tried to write back to the good luck messages I got, thinking it was polite and the right thing to do.

But I kept it short and sharp.

Other players let them go or had their phone off for most of the week because it can become pretty distracting – particularly when you’re trying not to think about footy for five minutes.

As opposed to the four or five diehards there for every session at Waverley Park, we had 10,000 there.

It was a complete sea of brown and gold and I must admit, it was awesome.

The Bulldogs have experienced that this week with some huge crowds watching them train.

Some players struggle to sleep the night before but I was lucky.

I slept really well – the only thing was I got up at 6am.

And there was no way I was getting back to sleep on grand final day. I was just so excited.

Waking up early worked well for me, though.

I drove down to St Kilda Beach, had a swim in the cold water and then got a coffee and flicked through the paper. It relaxed me.

My main memory of pre-match was Clarko drawing a big shark on the whiteboard.

He told us the Cats were the shark and that the way to kill it was to stop it from moving.

If we stopped their slingshot style of play from half-back, we’d kill them and win. It was left-field – but it worked.

We started reasonably well and were three points up at half-time. A reshuffle was needed, though.

Trent Croad broke his foot in the second quarter and someone needed to go and play on Cameron Mooney, who was killing us in the air and had kicked two first-half goals.

I started forward but got the job.

I’ve never been so nervous on a football field than when I was walking to Mooney to start the third quarter.

Here I was, on the biggest day of my footballing life, giving up six inches on Geelong’s in-form key forward.

I’m not a nervous person but I didn’t want to be the man who got his pants pulled down by Mooney in front of 100,000 people and cost Hawthorn the grand final.

The Cats started the third quarter by kicking long to Mooney. I got a touch on the ball but he marked and the Geelong crowd roared.

‘Here we go,’ I thought. All my nightmares were about to come true.

Thankfully, Mooney went back and hit the post. It was a huge nerve-settler for me. We were still in front and I re-focused.

We were on fire in that third quarter and knew we had it won with a few minutes to go.

It was an amazing feeling of vindication.

Everything I had ever done as a kid, all the training sessions, the hard times with injuries, the extra sessions – they were all worth it.

I had a few tears in my eyes as the siren went. It was a life-changing moment.

And that bond between that 2008 side is always going to be there.

Our 10-year reunion isn’t far away and it’s going to be great.

That feeling of vindication is on the line for both Sydney and the Western Bulldogs on Saturday.