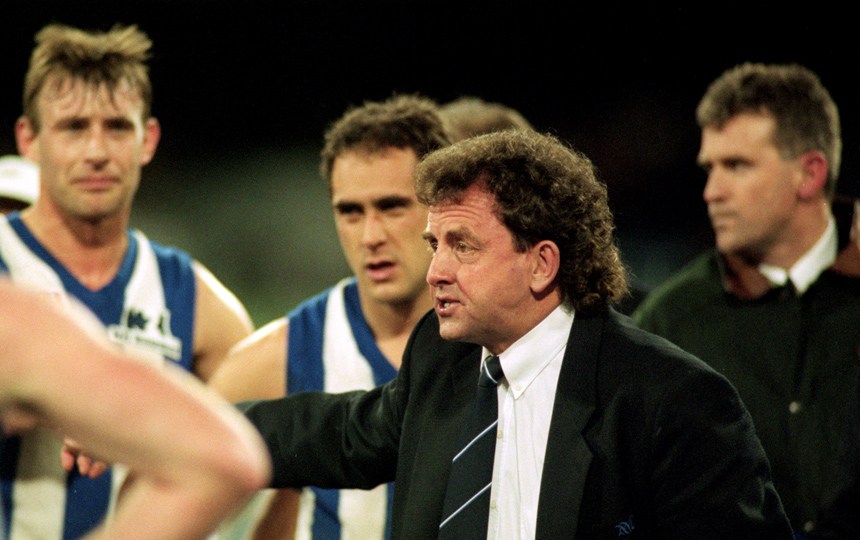 Pagan was a preliminary final regular as a coach. Photo: Getty

I should know – I lost four as coach of North Melbourne. The Kangaroos also won three while I was there, and, thankfully, we went on to win the grand final in both 1996 and 1999.

But the feeling of missing out on footy’s biggest day by just one result is a very tough one.

The rooms are like a morgue after a preliminary final defeat. Especially when you have been beaten soundly.

The players are gutted and there’s no chance for them to make it up. They’re done for the year.

I didn’t bother with reviews of preliminary finals at North Melbourne and instead just used to touch on the result as motivation once things got under way for the next season.

The contrast is that the rooms after winning a preliminary final are an unbelievable place to be in. 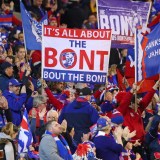 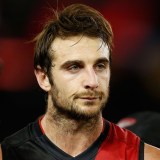 Players are on the verge of the best week of their life – if they win the big one.

The build-up, the training sessions in front of big crowds, the Grand Final parade, the game itself and the celebrations afterwards – they really are the moments that you play footy for.

The players were always more excited than I was as coach, though, because winning a preliminary final means nothing if you don’t win the next week.

On game day of a prelim, I never talked about the grand final and the carrot that was on offer. The players knew that anyway.

Instead, I always kept it simple. After all, preliminary finals are played 90 per cent above the shoulders.

I used to tell the players my simple instructions were to beat their opponent, stay in front and to be first in and first to move.

And if they were going to take a risk coming out of defence, not to do it in the corridor.

Keeping it simple in big games is the best way to coach it, I believe.

The start is absolutely critical in big finals. The players will be excited, yes, but they need to stay cool in the moment.

A big no-no is giving away early free-kicks. The last thing you want to be is behind the eightball because of ill-discipline.

I reckon about 70 per cent of games are won by the side in front at quarter-time.

I do think GWS coach Leon Cameron is good at what he does, but he is facing a big test in keeping his players grounded in the build-up to the preliminary final – a stage of the season they have never reached before.

By the time Saturday comes, the Giants will have played just once in four weeks – and will have had plenty of time to daydream.

It is only natural for players to think of what might be around the corner.

But the pitfalls of imagining outcomes are very real.

The Giants might feel very comfortable with themselves after their great win against Sydney but their extended rest period will not help them.

Their opponents, the Western Bulldogs, are in the groove.

The Dogs were manic with their handball against the Hawks and that style really stood up. It amazed me how skilful they are.

To win finals, you need to win the contested ball and do the basics well.

The Dogs do that – and that’s why I think they will win this week.

Sydney, coached by one of my former players in John Longmire, are a side of professionals.

I think Geelong rely too much on Patrick Dangerfield and Joel Selwood. And I’ve got queries on the club’s bottom six or seven.

So, I’m going for the Swans against the Cats in a Friday night upset at the MCG.

Both preliminary finals will be fairly close, but I’m picking a Swans-Bulldogs grand final.

Denis Pagan: What it’s like to win (and lose) a preliminary final