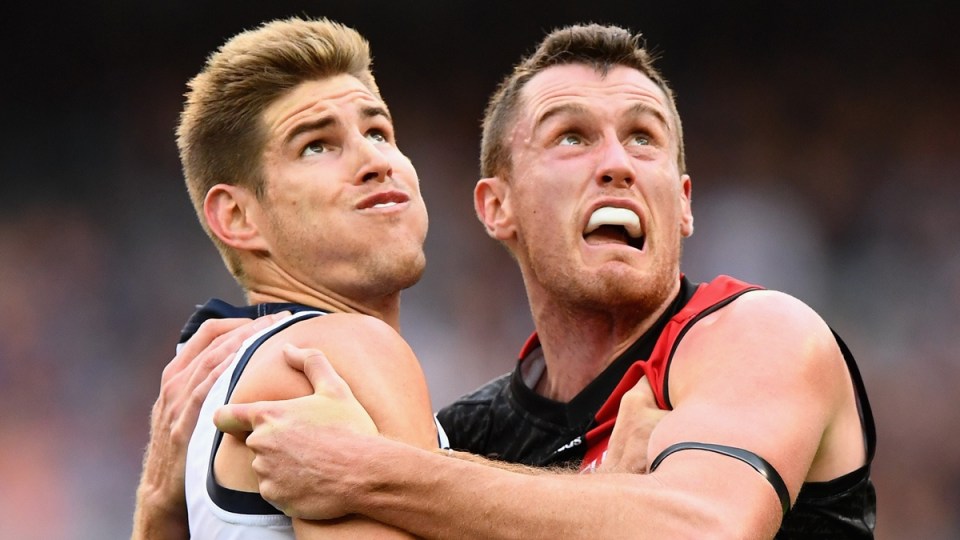 Isn’t it great to hear a footballer speak his mind and say what we’re all thinking?

Zac Smith’s recent comments regarding this week’s game against Essendon as “a big opportunity to boost our percentage” are refreshing to say the least.

Geelong coach Chris Scott came out earlier in the week and made similar comments.

In a period of football where the clubs and AFL, in general, want to have full control over what the players and coaches say, it was great to see a player and coach go against the grain and speak their mind, albeit with minimal impact.

That brings me to the point – would the AFL benefit more from this?

Within reason, the NFL allow their players and coaches speak their mind without fear of retribution.

He might have been a little out of line with a majority of what he said on Open Mike last week, but one comment ex-player Mark Jackson made that was correct, was that the current day players are brought into the system and are told what to say and do.

Saturday night’s clash between the Bulldogs and the Kangaroos shapes as a cracker. After starting the year off with a bang, these two now find themselves towards the bottom half of the eight and have everything to play for.

Geelong. They’ve spoken about percentage boosters all week. Anything else would be embarrassing.

Surely Richmond has to front up against Collingwood on Friday and put in an effort worthy of recognition? It’s not about the win; it’s all about the effort.

The Western Derby just won’t be close. Normally this clash is a cracker, regardless of where these two teams are on the ladder, but Fremantle are so far off the pace this year it’s hard to see this one being a must-see match.

It was interesting to see Collingwood drop Jordan De Goey again at selection on Thursday. Taken at pick five in the 2014 draft, the midfielder is highly rated externally. But does Nathan Buckley rate him?

With more and more junk games occurring each weekend, calls for the season to be reduced to 17 games are only increasing. But the AFL’s TV deal means it will never happen.

Just about every player at Richmond. A huge number of them are off-contract at the end of the season – which means several are playing for their futures.

Melbourne’s Sam Weideman started the year in good touch in the VFL and after a dip, has rediscovered his form. As a result, the No.9 pick in the 2015 draft will make his debut at the MCG on Saturday against the reigning premiers. It doesn’t get bigger than that.

Hawthorn are going to be a seriously big player in the free agency period.

Adelaide and Brisbane Lions could get ugly pretty quickly. And given it’s on Saturday night, at the same time as the Dogs-Roos clash, if you’re staying home there’s only one match you should be watching.

The AFL footballer who actually said what he thinks of Essendon