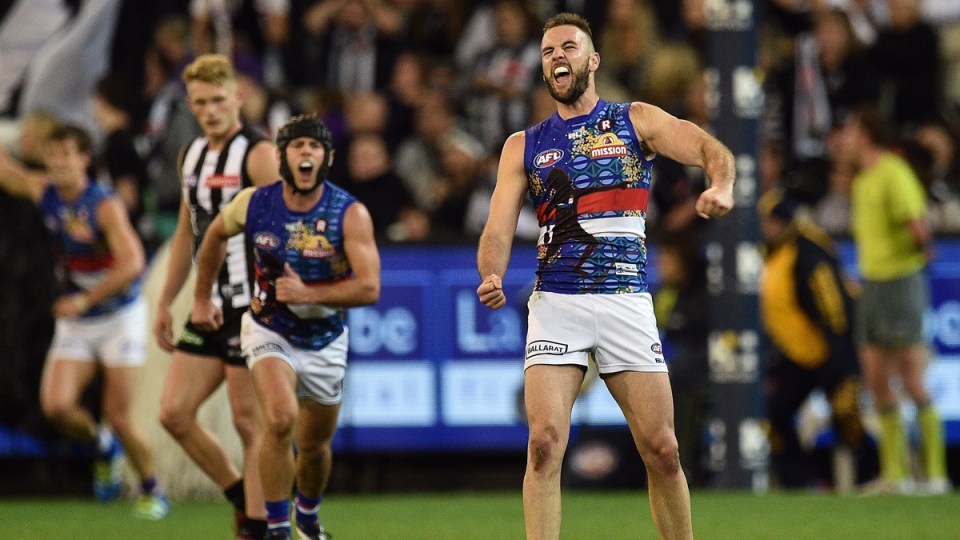 Singing the club song and relaxing and reminiscing on a win with your teammates is probably the best part of being a footballer.

But for it to happen, there is a lot to do and get right.

And it’s only a fleeting moment: preparation for the next game starts very quickly.

For me, the next game was a clash against the Gold Coast Suns in Cairns.

As a result, we took several steps to ensure we were not found out, including catering our training to replicate the heat and humidity we would find up there.

We only won in gritty fashion against Richmond the week before, so it was important to recover well, too.

In a standard week, Monday and Tuesday are spent processing what worked on the weekend – and what didn’t.

We discuss and watch clips of ball movement and team defence and then look at things individually.

I will often watch vision of the last time I played against the upcoming opposition to try and get a feel for how the game might be played.

It’s also good to identify strengths, weakness and key players from the opposition.

As a backline, we knew we were a lot smaller in size when compared to the Gold Coast forward line.

We knew, as a unit, we had to help each other as often as we could.

The amount of actual training in the first couple of days after a game is very different from player to player.

Some guys might be too sore and not do much at all, where others are feeling good and do all the work.

Then comes Wednesday, which is a day off for the players and a good chance to reset.

The guys use the day to study, work, play golf, visit cafes or get extra treatment on our bodies.

Our main training day at the Bulldogs is a Thursday and it’s a good chance to practice anything you may be focusing on for the upcoming match.

I know I kicked the ball terribly against Richmond so, before the Gold Coast game, I wanted to get some confidence back.

Then it was time to travel.

Travelling has its challenges and it’s important to prepare and think about the trip before you get to the airport.

The biggest trap on the road is food and drink.

With buffets and endless water and Gatorade available at hotels, it’s easy for a player to overeat or drink and as a result, feel terrible come game time.

Sleep is another consideration.

A lot of guys will now take their own pillow and room by themselves to ensure similar sleep patterns.

On game day, I don’t really have any superstitions – apart from getting out of the same side of bed that I got in.

There are plenty of players who have weird ones, though.

Many players like to wear the same pair of match-day undies for the whole season.

Jack Redpath, who sadly injured his knee on Saturday night against the Saints, can be found having his mouth guard in his sock.

And my old teammate, Sam Mitchell, will no doubt have been wearing a pair of socks well past their use-by-date in his 300th game on Sunday.

After a game, winding down can often be a real struggle.

Many times I have been laying in bed after a night game until the early hours of the morning, thinking about the game.

I replay in my head the good moments and think about the times I could have done things better.

But when I wake up, it’s onto the next one.

Matthew Suckling currently plays for the Western Bulldogs, having crossed from Hawthorn in the off-season. He played 102 matches for the Hawks and won two premierships.

What it’s really like to be an AFL footballer