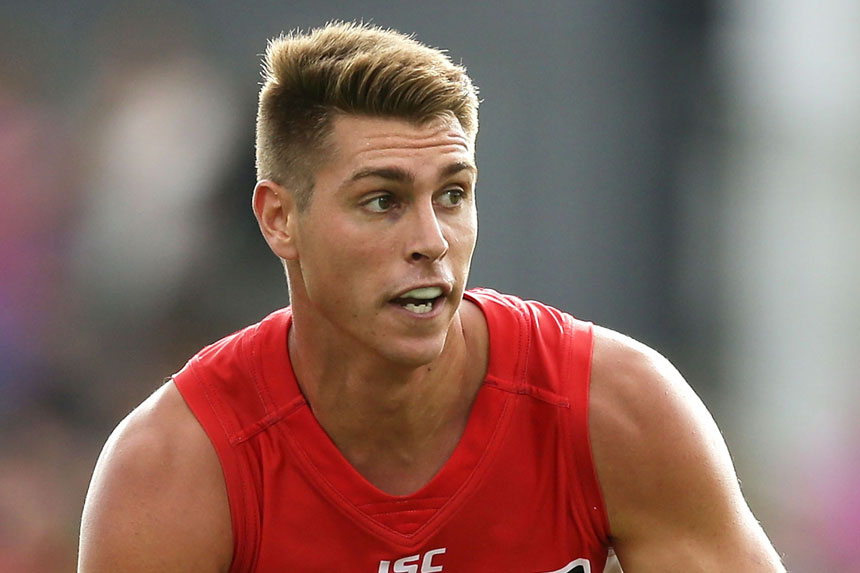 Sydney defender Michael Talia has been stood down by his club after being charged with possession of a prohibited substance on Sunday morning.

Talia, who hasn’t played since injuring his foot in round one, was arrested in Double Bay and will face Waverley Local Court next month.

“It’s extremely disappointing to have one of our players in this situation,” Sydney general manager of football, Tom Harley said.

“Given the seriousness of the charges we have made the decision to stand Michael (Talia) down from training and club activities as we gather the facts.

“Our decision is in no way a reflection of judgment, but rather an interim measure as the matter is investigated by police.

“All of our players are educated about drug use and the AFL’s illicit drugs policy, as well as our club’s firm view on drug issues.

“We will work through this matter with Michael from a legal, welfare and education perspective to ensure he receives the necessary support.”

Talia crossed to the Swans from the Western Bulldogs in the 2015 trade period.

He spent four years at the Bulldogs, playing 30 games, but has played just one AFL match for Sydney in 2016.

The 23-year-old was the subject of an AFL integrity unit investigation last year after allegations he leaked information to his brother – Adelaide defender Daniel – before the Bulldogs played the Crows in a final.

He was cleared of any wrongdoing.