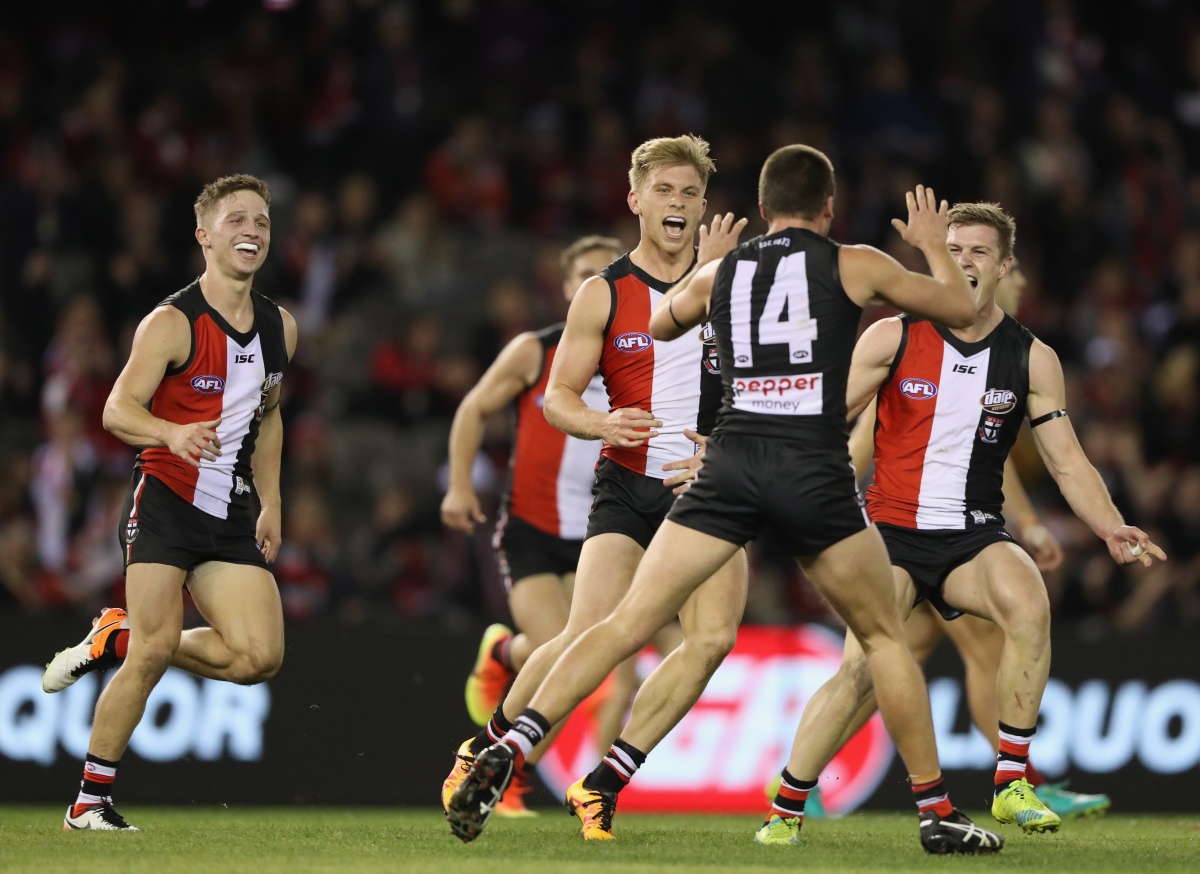 St Kilda’s remote AFL finals hopes remain alive after they fought off Melbourne to win by 36 points at Etihad Stadium.

North Melbourne’s form slump means the 10th-placed Saints remain in finals contention, despite being two games and plenty of percentage behind.

Demons ruckman Max Gawn had kicked the first goal of the last quarter, reducing the margin to five points.

The Demons went deep into attack again and key forward Jesse Hogan probably should have received a free kick. Instead, it is understood he was reported for a high elbow on Jarryn Geary.

The Saints rebounded and moments later Nick Riewoldt snapped a goal to relieve the pressure. St Kilda have a 14-game winning streak against the Demons that goes back a decade.

Melbourne, now out of finals contention, also continued their woeful record at Etihad Stadium. They have won just one of their last 25 games there.

Cripps produced a fourth-quarter masterclass to bring his side to the brink of an unlikely success.

He tallied 14 disposals, eight clearances and a goal in the final term as Carlton threatened to make West Coast pay for their wastefulness.

Final-term goals to Cripps, Jacob Weitering and Bryce Gibbs brought the Blues close but it wasn’t to be, with both sets of players slumping to the ground on the fulltime siren.

In Carlton’s case, it was disappointment at coming so close but for Adam Simpson’s side, it was another emotion.

“It’s probably more relief when you have games like this,” Simpson said. “The way we won, not ideal. But we’ll take the win.”

For three quarters, the 26,389 at the MCG – including United States vice president Joe Biden – saw an underwhelming spectacle. The Eagles were on top without kicking away from Carlton all afternoon in an error-strewn match played well below fifth-gear.

It couldn’t be more different for the Lions, who have now slumped to 12 straight defeats – equalling a club record set by the “Bad News Bears” in 1990-91.

Sunday’s paltry attendance of 10,195 is also the lowest ever crowd for the Lions at the Gabba.

Brisbane made a gutsy start, trailing by one goal at the end of the opening term.

But the second quarter was a disaster for the home team, the Giants kicking 10 goals to two, to open up a 51-point lead.

It was GWS’s best single quarter in their history with the lead reaching 86 points at one point in the third term.