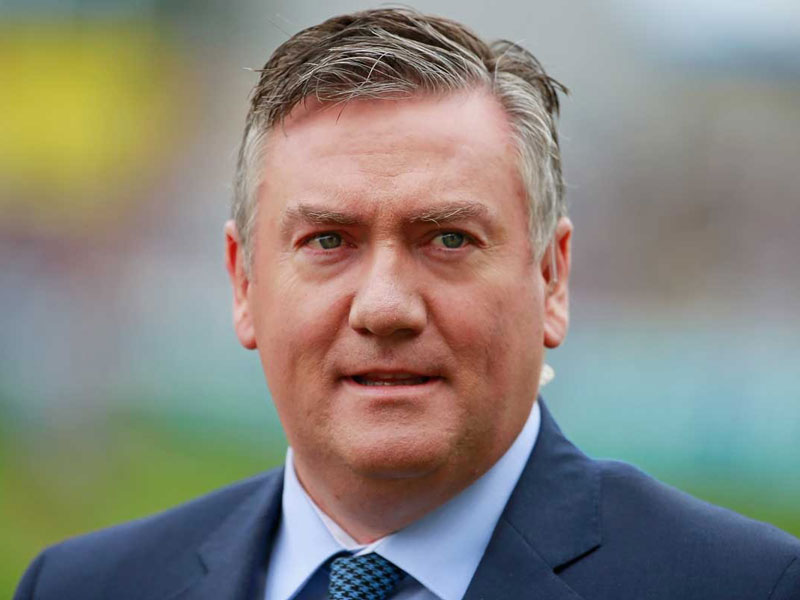 Eddie McGuire says the national day has something he's much thought into. Photo: AAP Photo: AAP

Just weeks after he dominated the news for his hurtful comments about veteran football writer Caroline Wilson, Eddie McGuire is in the headlines again.

In comments reported on Sunday, McGuire revealed that he was under the influence of prescription drugs when speaking about then-Swans player Adam Goodes in 2013, contradicting earlier claims that he was tired when the remarks were made.

The Collingwood president infamously said that the Aboriginal star should be used to promote the musical, King Kong, on his Triple M breakfast radio program.

The comments came just days after the 2014 Australian of the Year was racially abused by a Collingwood supporter during a match at the MCG. A young Magpies fan called Goodes an ape.

“I haven’t really said this before, but I was on massive painkillers and crutches,” McGuire told men’s magazine GQ.

“[I was on] heavy-duty painkillers, antibiotics and steroids.

“I mean, the night before, I’d been hosting a function raising $300,000 for Indigenous scholarships [in football] … So I was doing all that and I should have stayed in bed that day [I made the comments].”

On the same morning on Triple M, McGuire later retracted his comments and said he was “exhausted”.

“Just to clear up, when we were talking about King Kong there and I was mumbling my way through about ‘Goodesy’, I was trying to say ‘Imagine the old days of trying to get people in for publicity’,” he said on air.

“I mumbled my way through that, so anyone who thought I was having a go or being a smart alec, I take that back … [I am] exhausted this morning, so apologies.”

Continuing to speak to GQ, McGuire revealed his comments brought him and his family to tears and said it “burns me to the core” that he had hurt Goodes.

“Did I lie awake over the Adam Goodes thing? Does it still rankle with me to this day? Absolutely,” he said.

“It burns me to the core that what I said would add any level of pain to Adam or the Indigenous community.

McGuire said he hopes one day he and Goodes – who retired after being the subject of constant booing through the 2015 season – can become good friends again.

“He said he didn’t know if he could be my friend again and that’s his prerogative,” he said.

“I’d like to think that we would be, one day, and that I prove worthy to him.”

McGuire was under fire last month after saying he would pay $50,000 to see Fairfax Media’s Wilson stay under a pool of iced water at the ‘Big Freeze’ charity event at the MCG.

He made a series of apologies and requested to sit out of broadcasts on Fox Footy to go on an overseas holiday after the media storm that followed his words.

His former colleague on the AFL Footy Show, Sam Newman, attracted significant criticism for calling Wilson an “embarrassment” in a defence of McGuire later that week.

It is not known whether McGuire gave the interview to GQ before or after the Wilson scandal, but he did defend Newman and said the public perception of him was unfair.

“It breaks my heart sometimes that he hasn’t really been allowed to show himself on TV in a way that he can,” McGuire added.

“He has a great capacity to cut through the political correctness.

“Sometime he goes too far, but generally he has an opinion and it’s based on scholarship.

“He’s not a dial-a-quote. He thinks deeply about these things and has his position on it.

“I just hope it’s not too late for him to do some other things – for people to see another side, or an even better side, of Sam.”

The Wilson scandal was not mentioned in the excepts so far released by GQ magazine.