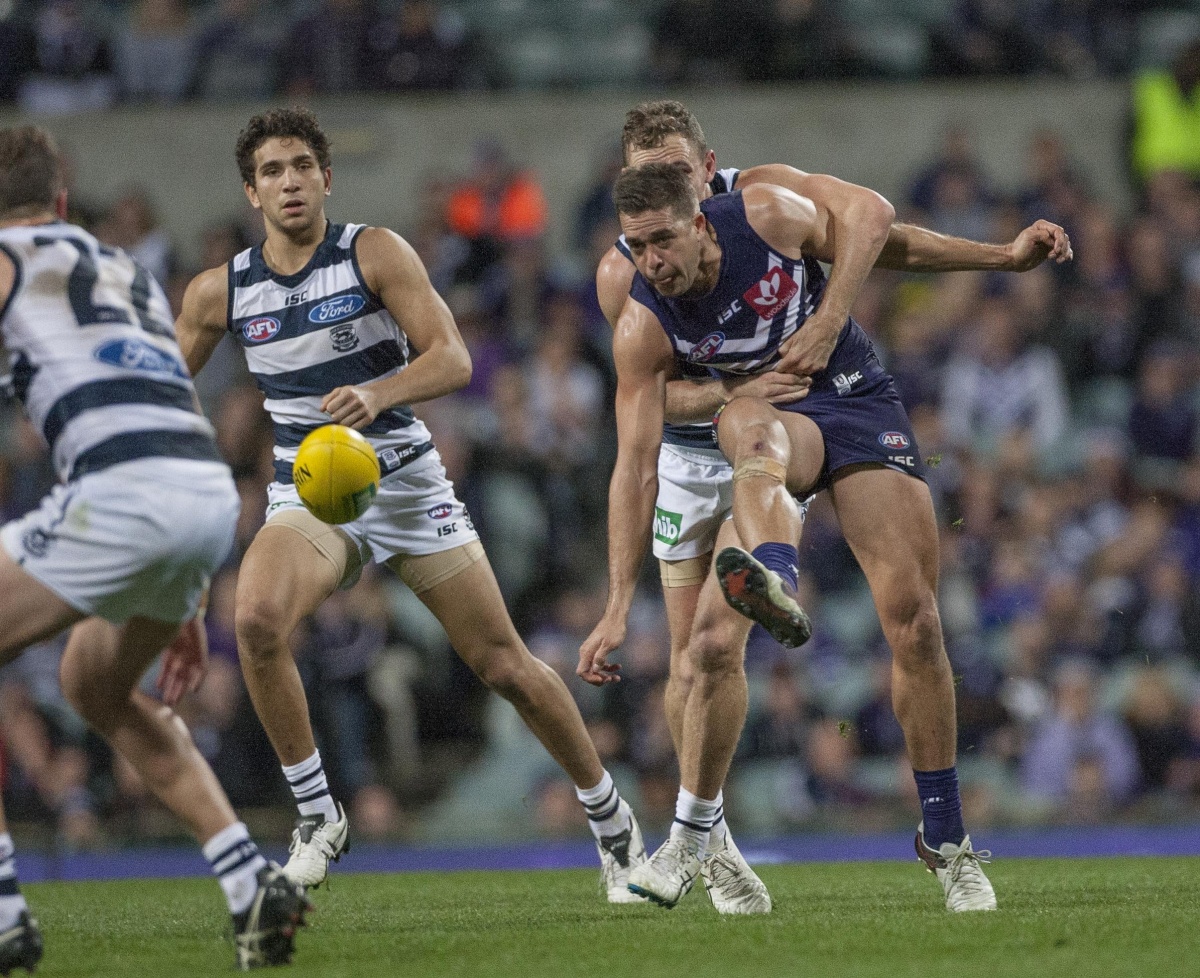 Patrick Dangerfield enhanced his Brownlow medal prospects with a best-on-ground performance in Geelong’s 17-point win over Fremantle at Domain Stadium on Friday night.

The Cats were in danger of slipping to their third straight defeat after struggling to match Fremantle’s frenetic pace early.

The Dockers led by 16 points at quarter time, and one point at halftime.

The deficit would have been far greater if not for Dangerfield’s heroics.

Geelong’s sole goal in the opening quarter came courtesy of a strong pack mark to Dangerfield.

And the 26-year-old kept the Cats in the game during the second quarter with two scintillating bits of play.

Dangerfield booted his second goal when he took a strong mark in the square while being pummelled by Lachie Neale.

And he produced a contender for goal of the year one minute later when he shook off a Cameron Sutcliffe tackle at full pace in the pocket before slotting a check-side goal.

Dangerfield, who limped off late in the first term after copping a knock to the knee, had 18 disposals and three goals to his name by halftime.

And although he was quieter in the second half, the Cats did enough to overpower a brave Fremantle.

Both sides ended the match with injury concerns.

And Geelong swingman Lachie Henderson is in doubt for next week’s home clash with Adelaide after being knocked unconscious in a marking contest.

Henderson was collected by Chris Mayne’s hip before hitting his head on the turf in the sickening incident.

Play was stopped for several minutes as Henderson was stretchered off.

The Dockers’ pressure was telling in the opening half, and the slick ball use of Michael Walters and Stephen Hill ensured they cashed in.

And Fremantle threatened to steal the win in the final quarter when David Mundy’s bouncing goal reduced the margin to just five points.

But a goal against the run of play to Zac Smith helped settle Geelong’s nerves, with Tom Hawkins scoring his first goal of the match a short time later to send the Cats on their way.