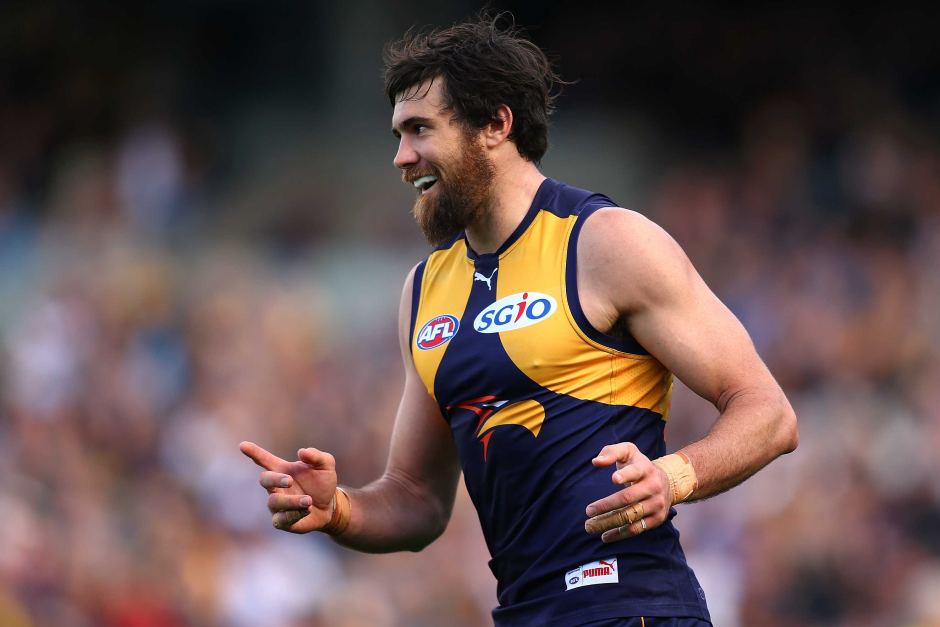 The result saw West Coast (10-5) jump from eighth up to fifth, leaving them just one win adrift of second spot.

The Kangaroos (10-5) were on top of the ladder after starting their season with nine straight wins.

But five losses from their past six games have seen them plummet to eighth.

Eagles ruckman Scott Lycett could come under strife for his head-high bump on Jack Ziebell in a match that featured several spiteful moments.

North Melbourne gave away four goals from 50m penalties in an undisciplined display, and they lost Farren Ray (hamstring) to injury before half-time.

Forward Mason Wood injured his knee in the third term while making a tackle, and star veteran Nick Dal Santo (illness) was forced out before the match.

West Coast kicked away in the third quarter, opening up a 33-point lead by the final change before cruising to victory.

No Dangerfield, no worries for Crows

Meanwhile, Adelaide sit inside the AFL’s top four for the first time this season after dispatching Carlton by 60 points at the MCG.

Back-to-back successes at the home of football for the first time since the Crows claimed the 1998 grand final has Adelaide fans dreaming, with good reason.

It’s a stage Don Pyke’s side could be set for once more given their well-rounded midfield and incisive attack.

Rory Sloane was the game’s dominant midfielder, Rory Laird produced a damaging performance from half-back but Adelaide had contributors across the board.

For long periods the Saints had the air of a side that just expected things to happen for them against the suspension-ravaged, bottom-placed Bombers.

But John Worsfold’s side had all the momentum when they led by seven points midway through the final term before Maverick Weller stepped up with two late goals as St Kilda broke Bomber hearts with a 17.7 (109) to 14.14 (98) win.

Essendon trailed by nine points heading into the final term but appeared destined to snap their 12-game losing streak when Zach Merrett goaled in the 17th minute to extend their lead to seven points.

It had been all the Bombers to that point of the quarter, with Joe Daniher bringing the crowd to their feet with a soaring mark and Mitch Brown booting a brilliant goal in traffic to level the scores.

But the Saints shook off their lethargy to finish the stronger side in front of 25,204 fans.