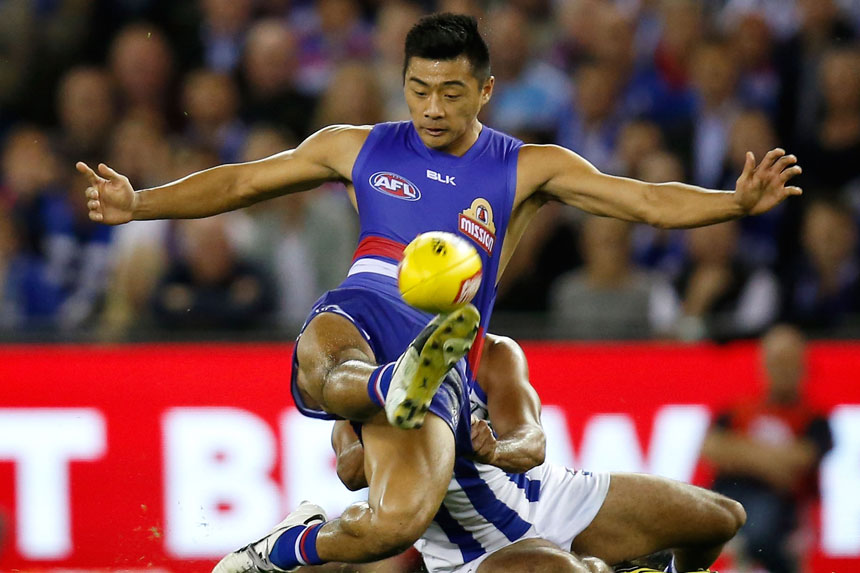 Let’s not kid ourselves.

Deals to move players from one club to another are essentially signed off on months in advance of them being official.

In light of the controversy surrounding Western Bulldogs midfielder Lin Jong’s recent meeting with Collingwood officials, as an AFL community we shouldn’t deny that this happens.

And when it does, why the uproar?

The controversy is based on the player’s loyalty to the club.

They have a contract in place that ties them to their club and, therefore, fraternizing with the opposition, for the purpose of a potential move at season’s end, isn’t acceptable.

However, for years the NRL clubs and its players have been transparent about player movement during the season and it hasn’t damaged their brand, the club’s brand or the player’s reputation.

The key word here is transparency.

Yet, if clubs and players were more transparent about what was happening in the background, the club who is losing the player can begin formulating a plan to replace him, whilst the departing player can cease lying to his teammates, club and the media.

This is an issue the footy community needs to grow up on.

Must watch
Geelong take on Sydney on Friday night and with both sides coming off a loss, this has the makings of a mid-season final.

Most at stake
North Melbourne. They need this win against West Coast to arrest a fairly drastic form slump. Remember it wasn’t that long ago that they were top of the ladder.

Will happen
Adelaide to be in the top four at the weekend’s end. The Crows are playing some fantastic footy and take on Carlton at Docklands on Sunday. A win is assured – and they could even finish top-two this season.

Won’t happen
Richmond are no chance of beating the Bulldogs. And they will struggle to get within six goals of them. The Tigers barely gave a yelp against Port Adelaide last week and now they face a much more talented opponent.

One to watch
It might seem obvious, but the Gold Coast’s Tom Lynch reminded us last weekend why he is one of the best young key forwards in the competition. Look for him to star against the Lions.

Trending
Watch your jumper punches. It didn’t look like much, but David Zaharakis’ hit was enough to see him on the sidelines for a week.

Feeling the heat
Brisbane aren’t expected to beat the Gold Coast this weekend but they can’t afford to be thrashed by their Queensland rivals. They are a basket case and a heavy loss to the Suns will have their fans fuming.

Pick me
Mitch Clark has had his hand up for selection after four strong performances in the VFL for Geelong. As a result, he was picked on Thursday, and the footy world hopes he can impress in his first AFL match since Round 9 last year.

The whisper
Which ‘bad boy’ is struggling to reform himself at his new club?

Don’t set the IQ
Essendon against St Kilda on Sunday evening is not worth wasting your time on. The Saints love it at Docklands and will make the Bombers look bad. This same match was a huge Saints win last year – it could be even worse this time around.

Footy really needs to move with the times