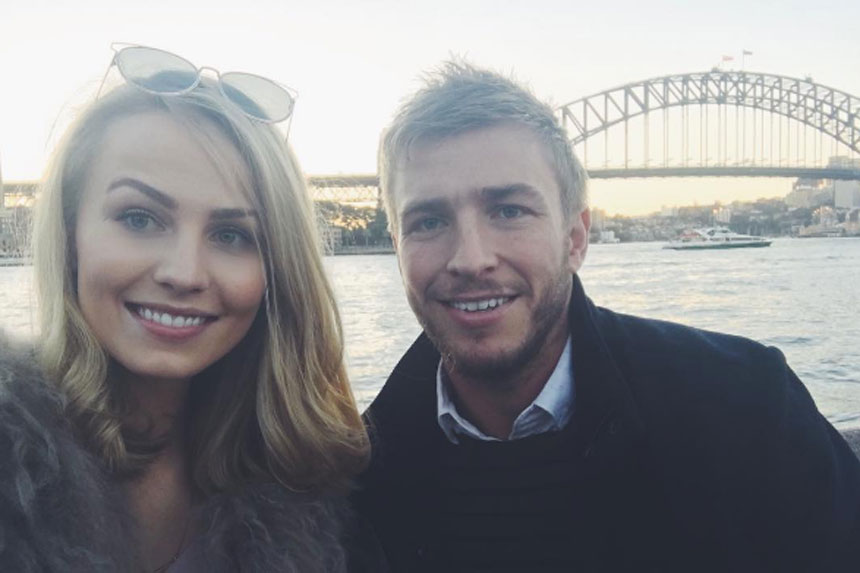 Sydney co-captain Kieren Jack says he will stand by his partner despite a family split that has overshadowed the build-up to his 200th AFL match.

The “pretty disappointed” footballer opened up on the dispute during a media conference at the SCG on Wednesday.

“I’m not going to get caught into commenting too much on it or getting into ‘he said, she said’. I think that’s probably an immature approach.

“My priorities of support are firmly with my partner and my little brother [fellow Sydney player Brandon] who I love and care for very much.”

The Swans midfielder was responding to an angry and public tweet from his mother earlier this week that brought Australia’s attention to a family dispute.

“No appreciation for all the yrs helping you get there.”

The message suggested that Jack did not want his father, ex-NRL great Garry Jack, or his mother to be in Geelong on Friday night for his milestone match against the Cats at Simonds Stadium.

It is thought the feud centres on his parents’ disapproval of Jack’s model girlfriend, Charlotte Goodlet, who is also a producer at the Nine Network.

The tweet was ‘liked’ by Kieren’s younger brother, Rhys, who also took to Twitter to support his mother and father, posting: “I love and support my Mum and Dad to the end of the earth, 2 more genuine people you will not find. For me FAMILY is the number ONE priority.”

“It’s been tough. She [Charlotte] hasn’t deserved the treatment that she’s received, but she’s strong, she’s an independent woman, she’s not just a model,” he said.

“I can tell you that and a lot of people here know that so I love her very much and I’m very proud of her.”

Jack, supported byhis brother Brandon at the media conference, said he was “lucky” to have so many good people in his life.

“As distressing as the events have been, the level of support [Charlotte and I have] given each other on top of friends, other family members, teammates, the Sydney Swans in general, has highlighted to us how lucky we are to have those people in our lives.

Jack then attempted to steer the discussion toward on-field matters.

“It is a big week. Someone told me it’s my 200th game this week so I’m happy to talk about football but I’m not going to get caught into commenting on any shape or form of the family matter,” he said.

Jack also said that reports his father was banned from attending Friday’s match were not true.

Garry Jack made a joke about the situation to Prime Minister Malcolm Turnbull on Twitter.

@TurnbullMalcolm well I bet your glad I took the front page of telegraph today.

Jack was earlier quoted by News Corp saying the scenario “cuts to your heart”.

“It cuts to your heart, it really does. We are still his parents.

“I support Donna 100 per cent and support what she said. We have been trying to fix it and resolve it for a long time.”

In the interview, Garry Jack said he had not seen his son Brandon “for 12 months”.