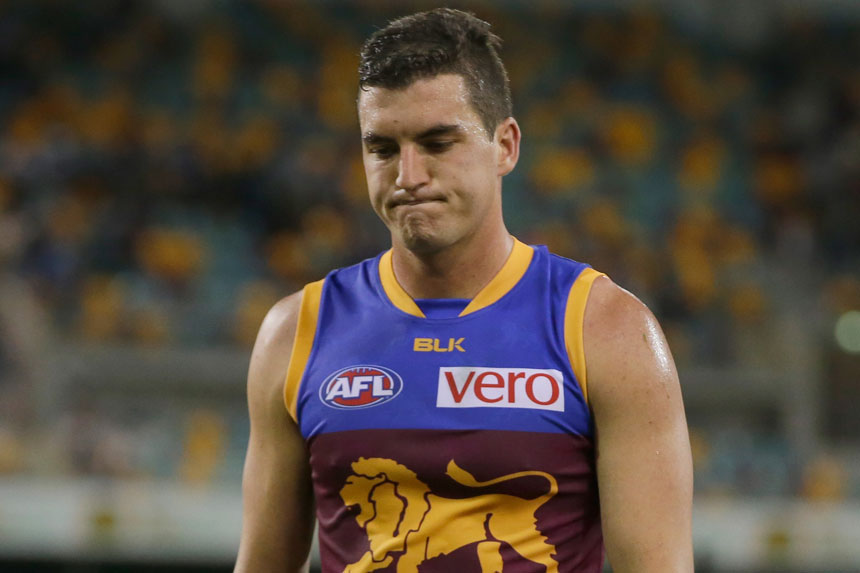 The ghosts of the ‘go-home five’ could be what force Brisbane captain Tom Rockliff to look for opportunities elsewhere.

Last week it was revealed that contract talks between Rockliff and the club had stalled after the Lions baulked at the midfielder’s proposal of a $4-million-contract over five years.

There are three forces at play here.

Firstly, the Brisbane list management team is more focused on its public perception, rather than the intrinsic value of its players, the second is how that mindset is being exploited, and the third is the value of Rockliff himself.

In late 2013, the Lions suffered a mass exodus – and it is still haunting the club.

This has been exploited by player managers – and the Lions have taken the bait.

Even with inflation, Rich lacks the consistency to demand such a figure despite lukewarm interest from the west.

Now, Brisbane are so concerned at the prospect of losing established players that market value is being thrown out the window.

Fringe players are demanding big dollars, and inconsistent players are being rewarded with lucrative deals.

And now, in Rockliff’s situation, that strategy has backfired to the point where market value is off-kilter.

The Lions relented on Sam Mayes and Dayne Zorko, and both were rewarded with fair deals, however if you believe the reports that 2014 NAB Rising Star winner Lewis Taylor is chasing $500,000 a year, then at what cost?

There are even reports that fringe small forward Josh Green is after $450,000 a year.

If that is indeed the case, what is Tom Rockliff worth on the open market?

He is a dual club champion and an All-Australian, but he’s been hampered by injuries.

He is a tackling machine and a ball magnet but doesn’t possess the two-way running capabilities of other elite midfielders.

And his ball-use is conservative at best, which makes for great fantasy scores but not for great football.

Right now, he is required in the midfield with Dayne Beams on the sidelines, but more time forward could be the key to unlocking Rockliff’s full potential.

For someone who is so talented forward of centre, he has never kicked more than 20 goals in a season.

This is a player who, in 2008, was the leading goalkicker in the TAC Cup with 59 goals, and is very strong overhead for his size.

Resting forward and hitting the scoreboard will add significant value to his stocks.

With one year to go on his contract, he will be a free agent at the end of 2017.

It throws up a serious conundrum for the Lions.

If the Lions let their skipper walk at the end of this year, it could result in one or maybe two high draft picks that could fast-track their rebuild. The flipside to that is it would be another PR disaster for an already-beleaguered club.

It’s a tight decision either way, but make no mistake.

This is a problem of the Lions’ own creation.