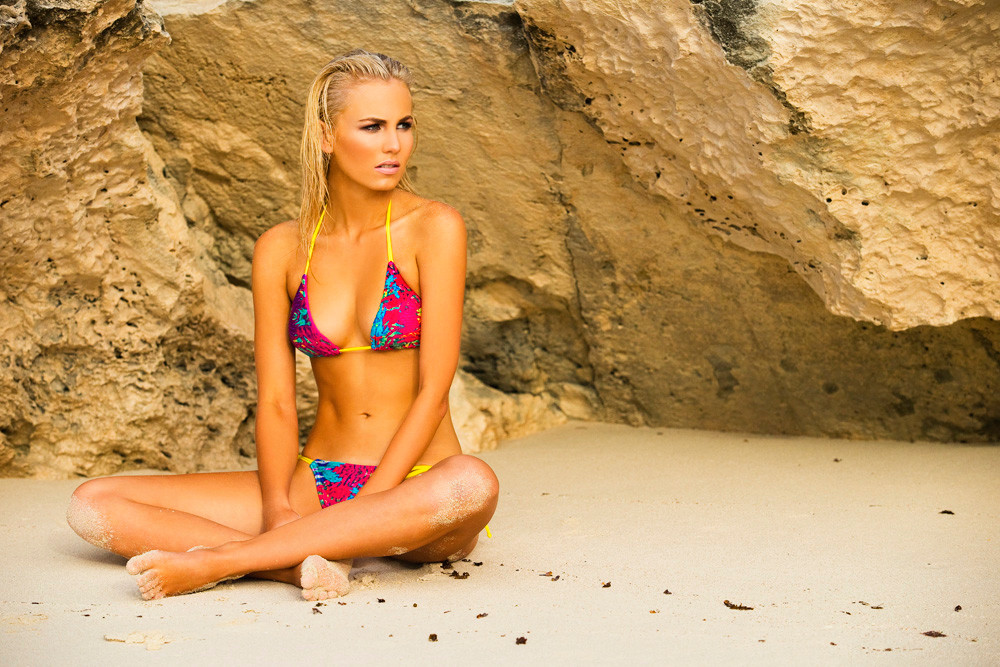 The parents of AFL star Kieren Jack have taken their family feud public, after the Sydney Swans captain banned them from attending a milestone game because they disapprove of his girlfriend.

The premiership player has reportedly fallen out with his father, NRL great Garry Jack, and mother, Donna, because of his relationship with former Miss Universe contestant Charlotte Goodlet.

The developments emerged after Donna Jack took the extraordinary step of sharing her family’s private anguish on Twitter.

“@kjack_15 so sad. Dad 200 RL [rugby league games] you 200 AFL [games] & you don’t want us there, your parents. No appreciation for all the yrs helping you get there,” Donna Jack tweeted on Monday.

The tweet included Kieren’s Twitter handle — a seemingly deliberate attempt to direct the message toward her son. The message was later deleted and the account switched to private.

The parents regularly attended their son’s matches, but have been told to stay away from Kieren’s 200th game at Simmonds Stadium.

Speaking to reporters on Wednesday morning, Kieren said he is “pretty disappointed” the private matter had gone public, but his priorities are to support his partner and brother.

“I don’t want to get caught in a ‘He said, she said’, that’s a pretty immature approach.

“What I will say is my priorities of support are firmly with my partner and my little brother, who I love and care for very much.

“It’s been tough (on her), she hasn’t deserved the treatment she has received.

“She’s not just a model. I love her very much and I’m very proud of her.

“Family issues happen, but that’s the nature of it. You move on, the way to deal with it is not in a public matter. It needs to remain private,” he said.

“As distressing as the events have been, the level of support that we’ve (girlfriend and brother) given each other on top of friends, other family members, teammates, the Sydney Swans in general – it’s probably highlighted to us how lucky we are that we’ve got those people in our lives.

“I acknowledge that my family did a lot in getting me to the position where I am, but in the current state there is a private matter that’s going on … fortunately I’ve got some really good people around me.”

The rift is believed to have been triggered by his parents’ disapproval of his relationship with Nine News producer and model Ms Goodlet.

The pair have been dating for three years and Ms Goodlet — a finalist in the 2013 Australian Miss Universe beauty pageant — recently moved from Perth to Sydney to live with Jack.

Reports claimed that Jack’s parents had even gone so far as to tell club officials that they did not approve of the relationship.

Kieren’s younger brother, Brandon Jack, plays for the Swans’ reserves team. He has also allegedly fallen out with his parents.

Brandon recently requested that his father Garry leave the Sydney reserves’ change rooms at a second-tier NEAFL game, according to reports.

On Tuesday evening as the rift made news in the football world, Garry took to Twitter to respond to a tweet written by his third son, Rhys.

Rhys’ message was posted to Twitter late on Monday evening.

It wasn’t the first time one of the Jack family’s rows has been played out online. News Corp reported the spat has been ongoing over the past 12 months.

The report quoted Garry Jack as saying: “We are a family that is hurting.”

In March, Donna tweeted: “@kjack_15 @sydneyswans isn’t it time as captain you practised what you preach. Family is what gets you there, don’t [sic] ever forget that.”

After making his debut AFL in 2007, Keiren Jack won the Bob Skilton Medal as the Swans’ best and fairest player in 2010.

He won an AFL Premiership with the Swans in 2012 and made the AFL All Australian team in 2013.

His father Garry Jack, 55, represented NSW and Australia as a rugby league fullback in the 1980s, as well as 267 first grade games — 244 of them with the Balmain Tigers.

How this model is tearing a footy family apart