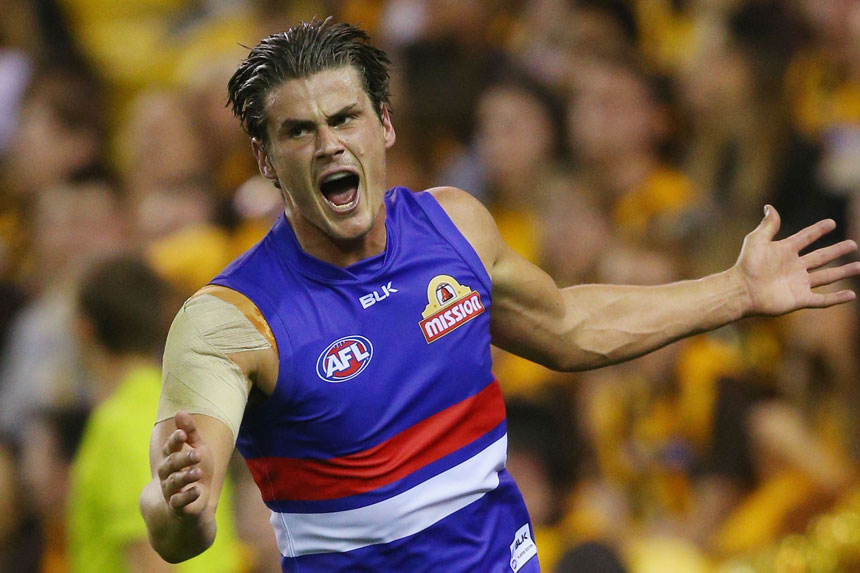 Western Bulldogs players Tom Boyd and Zaine Cordy have been suspended indefinitely for an alcohol-fuelled fight.

Boyd has also been fined $5000 for the altercation between the pair and been forced to undergo counselling.

The AFL club said on Thursday they had accepted the players’ apologies.

A club statement from the Bulldogs read: “The Western Bulldogs Football Club confirms that it has dealt with an incident in the last several weeks involving two of its players; Tom Boyd and Zaine Cordy.

“The incident involved an altercation between Tom and Zaine, in which both players were affected by alcohol.

“The club is strongly against any form of violent behaviour and is extremely disappointed in the actions of both players, particularly by the actions of Tom.”

The pair have both been suspended from AFL selection “until the club deems it appropriate for both to return”, the Bulldogs said.

All sanctions were accepted by the pair, while the Bulldogs added that “Tom has volunteered a significant personal contribution of time and money to a not-for-profit organisation focused on the prevention of social violence.”

Boyd, the No.1 pick of the 2013 AFL draft, started his career at Greater Western Sydney before making a big-money move to the Bulldogs.

The forward – who is thought to be on more than $1million a season – has played 27 AFL games, but only four this season, and kicked 29 goals.

Cordy has had just two matches of senior experience, both registered in 2015.

Labor victory fires up Tamil family’s hopes of return to their Biloela home
Perth residents urged to play it safe as massive storm rolls across region
Joe Biden says he’s not fussed by North Korea’s rumoured return to nuclear tests
ACTU hails Labor’s triumph as the first step to pay raises
Analyst: Sharemarket will be anxious about a Labor pact with Greens
French foreign minister hails defeat of Morrison and his ‘notorious incompetence’
The 2016 Brownlow Medal is far from over
Today's Stories