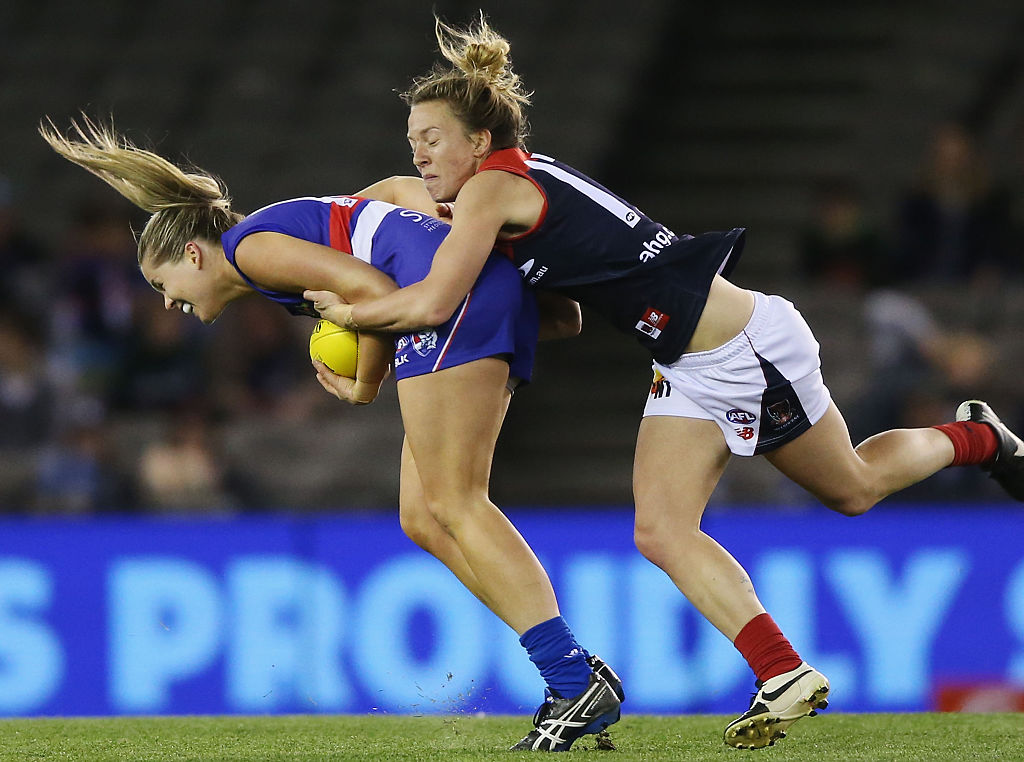 The AFL will soon announce a groundbreaking deal with Australian retailer Cotton On that will see them produce women’s wear for players and fans.

The New Daily can reveal that the casual fashion specialist beat active wear juggernauts Lulu Lemon and Lorna Jane for the contract.

As part of the arrangement, Cotton On will be the official supplier of playing wear for the new AFL women’s league, set to launch in February 2017.

Until now, players have been forced to run out in jumpers and shorts designed for men, while female fans in the stands have also been swamped in ill-fitting gear.

The AFL’s head of commercial operations, Darren Birch, told The New Daily the league would enter the world of “fast fashion” with the deal.

He said the league would likely unveil the uniform redesign in two months and added that we could see AFL-branded fan skirts available in Cotton On stores within a year.

Mr Birch said a group of 12 top female players were taken to Cotton On headquarters to meet with designers and give their input.

Top concerns among the players included the need for more figure-hugging jumpers, less-baggy shorts and smaller arm holes that didn’t show their bras.

Mr Birch said although he felt they had the chance to be “really creative” with the project, most of the players were keen to keep with tradition.

Katie Brennan, a star of the AFL’s exhibition matches for the Western Bulldogs, told The New Daily she thought she would play better in more comfortable uniforms.

“At the moment they’re baggy around the stomach area, they need to come in at the hips … they’re just a bit big in general,” said Brennan, who is widely considered the league’s second-best player after Daisy Pearce.

“It’s the same with the shorts. You can’t play when they’re around your knees.”

Comfort aside, Ms Brennan said it also was easier for opponents to tackle her when she was sporting extra fabric around the torso.

“I know some players are more comfortable wearing skins [longer pants] under the short shorts.”

Mr Birch also earmarked compression gear as a likely differentiator between the women and the men.

Currently, men aren’t allowed to wear long pants or long sleeves under their playing strip in games. Long-sleeve jumpers are permitted though.

Mr Birch said he had also pushed for the jerseys to feature the women’s surnames names – a la basketball.

“The competition will only go for six or eight weeks – we need to know who these women are.”

Female fans get their own, too

The deal with Australian success story Cotton On will allow the AFL to take advantage of the retailer’s existing production, marketing and retail networks.

Cotton On has 1200 stores in 12 countries, and has already proved itself to be a go-to for cheap basics and trend pieces for Australian women.

But Mr Birch said Cotton On would give the AFL a chance to produce creative and wearable pieces for female fans.

He was excited at the prospect of little girls being able to wear their favourite team’s pyjamas, while philosophical about the players’ uniforms.

“We’re probably not going to get it right the first time.

“But hopefully it’s better than a pair of baggy shorts and a men’s [size] small jumper.”

The AFL finally gives women what they want