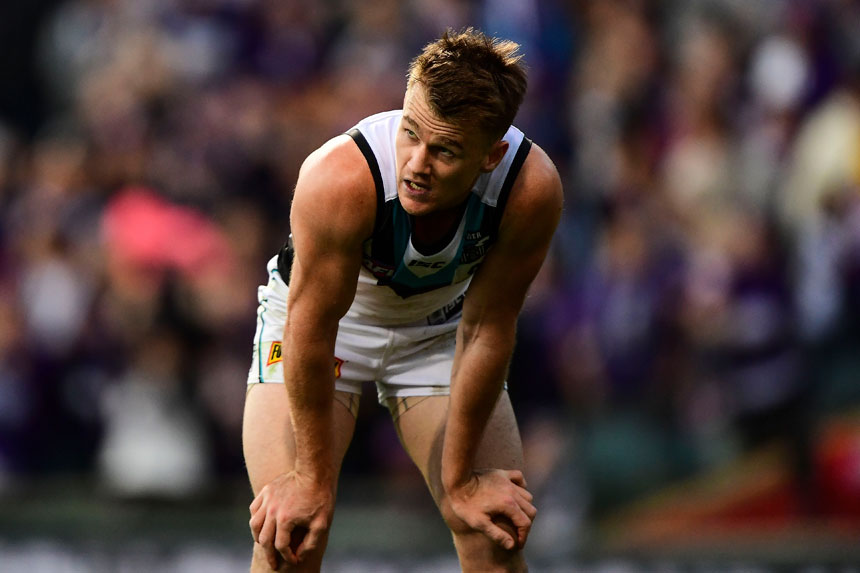 This is it. It’s the fork in the road, the line in the sand game.

On Friday night in Adelaide, the winner of Port Adelaide and Richmond will get a sniff of finals. The loser is finished.

Both sides have been patchy at best this season, winning six of 13 matches and failing to meet lofty pre-season expectations.

• The reason Day, Tomic aren’t keen on Rio
• How Ben Cousins nearly died two weeks ago
• The sign Nick Kyrgios might be maturing

Alongside Melbourne, St Kilda and Carlton – who all have six wins as well – they make up the AFL’s ‘also-rans’ in 2016, who are all capable but just too inconsistent to make the top eight.

It’s hard not to think of this game and remember the first week of the 2014 finals, when a much-hyped Richmond ventured to Adelaide and got belted.

It is one of Port’s two wins from their last seven against the Tigers, but Ken Hinkley’s side did have Richmond’s measure in Round 6 at the MCG.

With home ground advantage, they should be too good and record a win that keeps their faint finals hopes alive.

Must watch
Sydney against the Western Bulldogs is a great way to spend your Saturday afternoon this week. Both sides are fresh off the bye and the Doggies have some big ins. They won last year’s contest and will be quietly confident.

Most at stake
They were the toast of the AFL over a month ago, but Carlton have been pretty poor ever since. The loss of Marc Murphy is hurting them. A very winnable game against old foe Collingwood is in store on Saturday night. Another defeat and we might all think the Blues’ resurgence was just a flash in the pan.

Will happen
We’ll see at least one great game on Saturday. Much of the talk in the bye rounds has centred on poor games. But with Gold Coast-St Kilda, Sydney-Bulldogs and Carlton-Collingwood, we’re due one cracker – if not more.

Won’t happen
Hapless Brisbane won’t lose this week. They have the bye.

One to watch
Jade Gresham’s meteoric rise of late hasn’t gone unnoticed. He helped seal their stirring win over Geelong last week and has great leg speed and foot skills. He’ll be a star for the Saints.

Trending
Far too many players are concerned with racking up big stats for themselves instead of playing the team game. And it’s not just players. For a team that gets flogged each week, Essendon are amassing just shy of 400 possessions per week (394).

Feeling the heat
The prospect of a Mitch Clark return to the seniors has Geelong talls Shane Kersten, Rhys Stanley and Zac Smith walking on eggshells. Someone’s got to go.

Pick me
Cam Ellis-Yolmen had a great 2015. This year he’s only played NAB challenge footy. His form has been serviceable at SANFL level but with Adelaide in good touch, he hasn’t been able to break into the senior side. With 37 touches last week, though, he’s putting pressure on selectors.

The whisper
Tom Mitchell’s sudden halt to progress on his new Swans contract renewal, tells us loud and clear that there’s a big-money offer on the table from Carlton.

Don’t set the IQ
There’s some good games on the cards this week, but West Coast v Essendon isn’t one of them. I’m looking forward to this about as much as a trip to the dentist.

It is now or never for two AFL teams this week