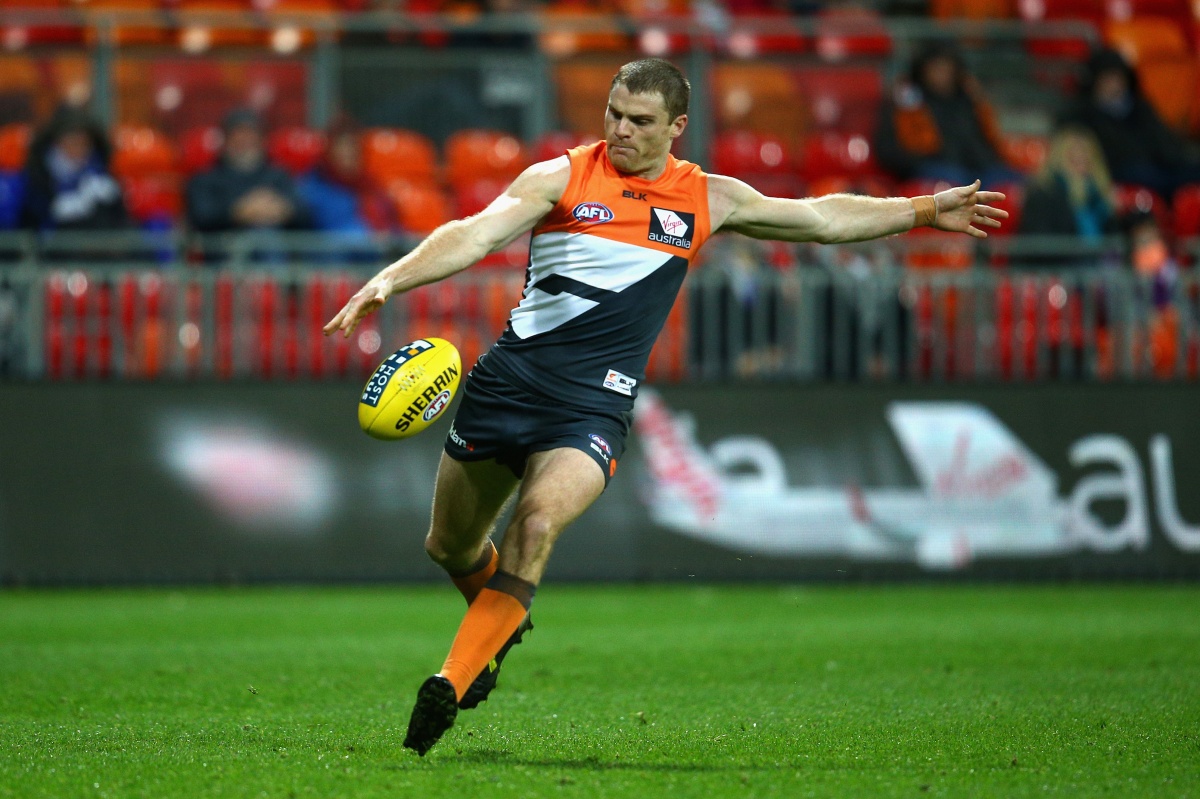 The GWS Giants have shown vast improvement this season with a mixture of impressive wins and gritty victories against some of the AFL’s premier teams, showcasing their potential to make the next step to finals success.

Most expected the young Giants to follow last year’s pattern and drop off after an exhausting start to the season, but for this maturing and talented group, a free fall down the ladder looks less likely by the week.

A vital cog in the Giants’ success has been their kicking efficiency and vastly improved clearance work.

For such a young team to be able to work in unison to hit targets and work in heavy traffic is impressive and vital to their continued success.

GWS are hitting their targets at an impressive rate (74.6 per cent) and are in the top five clubs in the competition for centre clearances (183) thus far in 2016.

For any chance of finals success the Giants must continue this upward trend, and one senses, with a finals debut within their grasp, the Giants will finally take the next step to September action.

What a cracker for a bye round – Thursday night sees the Adelaide Crows going for five wins in a row against a wounded North Melbourne. Look for this to be a high-scoring affair on a school night at Adelaide Oval.

Collingwood are under siege once again. After another big loss and some controversial remarks from their president, Eddie McGuire, they must beat Fremantle to salvage some pride.

Hawthorn is still getting it done despite injuries and patchy form. An impressive win against an aggressive North Melbourne last week showed character and against the lowly Gold Coast, look for a pummelling down in Tassie.

Carlton have shown vast improvement this year, and their young charges are flying, but GWS are finals bound and will put a young Carlton side to the sword.

Dustin Martin has been in career-best form over the past six weeks. Look for Dusty to continue his stellar form and dominate against a lowly Brisbane.

There was plenty of argy-bargy last weekend with teams looking to assert their authority of their opposition and ruffle their feathers. Look for more aggression this week.

Justin Leppitsch must be sweating. Brisbane are sitting at 1-12 and don’t look like winning another game with his job under serious scrutiny. Brisbane must dig deep against a patchy Richmond to keep their coach out of the spotlight.

The AFL world has been waiting for the next Silvagni for years, and his first game is surely just around the corner. Jack Silvagni added another bag of four goals to his already impressive VFL tally this year to be on the cusp of a Carlton debut.

Josh Jenkins is said to be heavily leaning towards continuing his career at Adelaide. Look for an announcement sooner rather than later.

An inconsistent Richmond meet a terrible Brisbane on Saturday afternoon, and if both sides continue their woeful disposal efficiency, this game will be like watching an Auskick session on a wet Sunday morning. Give it a miss.

Why GWS will feature in serious September action