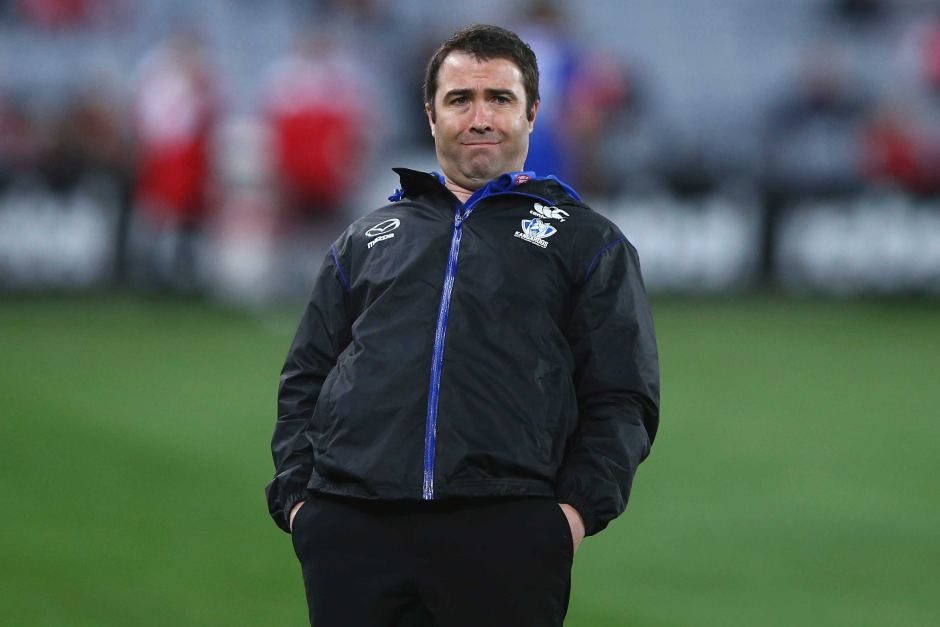 In the immediate aftermath of North Melbourne’s nine-point loss to Hawthorn, Scott claimed he had been told an on-field umpire made the remark after a crucial non-decision went against the Kangaroos, but an investigation on Saturday morning proved the claims to be false.

The Kangaroos have also been fined $50,000 as a result of the incident.

• Kangaroos apologise for attack on umpires
• Holden to review Collingwood sponsorship after McGuire gaffe
• McGuire and co ‘sorely out of step’ with modern expectations
• Eddie, James: it’s time to go

“The comments by Brad Scott, on behalf of the club in his position as senior coach, were extremely serious in regard to the conduct and professionalism of the umpires and how they officiate all players equally across the competition,” AFL general manager of football operations Mark Evans said in a statement.

“It was totally inappropriate for any doubt to be cast over their professionalism in a public environment without having detailed the facts of what had occurred in any player-umpire conversations through the course of the match.

The club offered an official apology for the remarks, but Scott took the chance to clarify the situation further.

“I’d like to add my personal, unreserved apology for statements made in the post game press conference,” Scott said on Monday afternoon.

“I was given information on the way in to the press conference that I believed to be matter of fact, not rumour or innuendo. It came from a trusted source and I believed those comments.

“I was then asked a direct question which I answered openly and honestly. Clearly, 12 hours later after an investigation by the club, that statement of fact had turned out to be completely incorrect and lacked any factual basis.”

In a statement, North Melbourne said it and Scott had received and accepted the AFL’s sanctions, adding it considered the matter resolved.