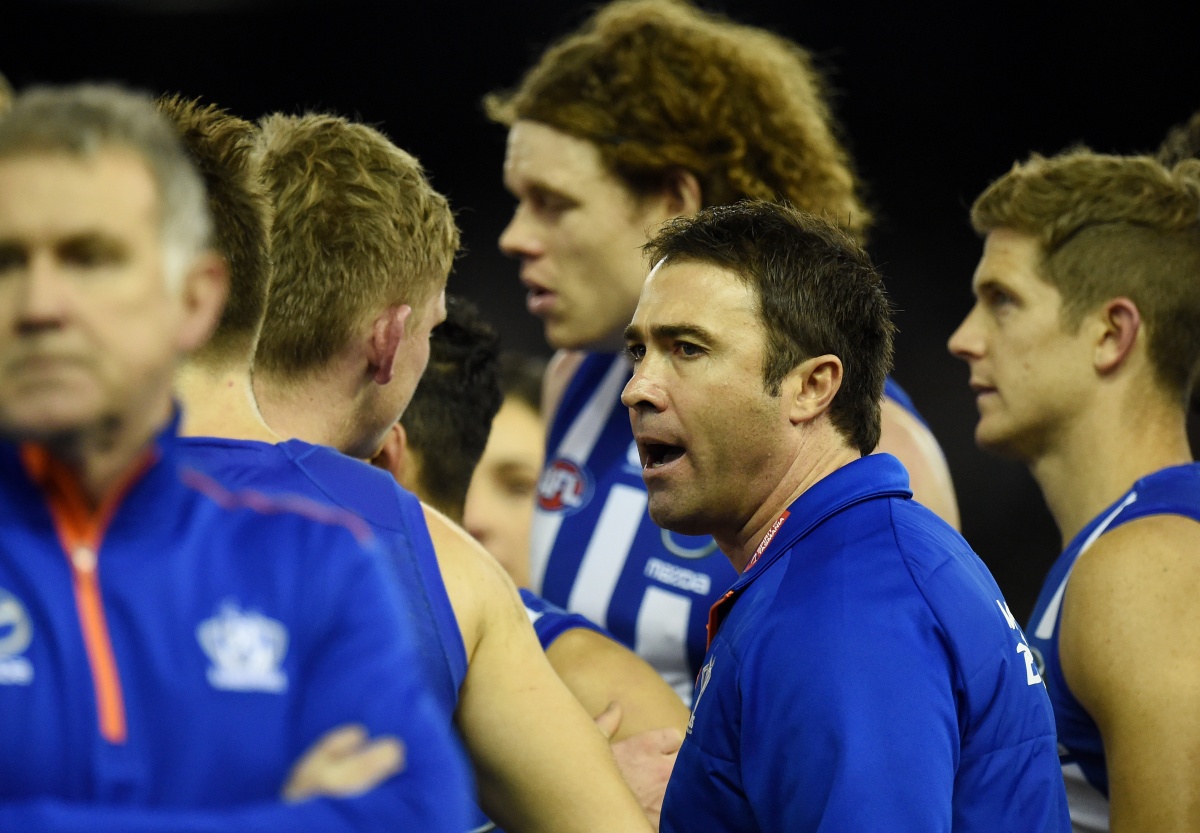 The fallout from Brad Scott’s extraordinary post-match outburst will continue on Monday, with the AFL to formally ask North Melbourne to explain their coach’s actions.

The Kangaroos made an embarrassing backdown on Saturday, less than 12 hours after Scott sensationally claimed the umpires in Friday night’s clash against Hawthorn had told North players they deliberately did not pay high free kicks to Lindsay Thomas because we was a ‘ducker’.

• Kangaroos apologise for attack on umpires
• McGuire under fire for ‘disgusting’, ‘sexist’ comments

The club withdrew the comments and issued an unreserved apology after a brief investigation found this not to be the case, but they still face further sanctions from the AFL.

“We’ve informed North Melbourne that we’ll contact them officially early next week and ask them to explain all of the reasons behind why the comment was made,” AFL football boss Mark Evans told reporters.

“Then we’ll take it from there.”

It had been thought the matter would be resolved on Monday but, due to the seriousness of the issue, it is believed the Roos will be given some time to formulate their response.

The most likely outcome appears to be fines for both club and coach.

North Melbourne lost the game by nine points, with the fiery contest sure to occupy plenty of the AFL match review panel’s time on Monday.

Several players will likely be fined for melee involvement, while Kangaroos Jack Ziebell and Brent Harvey will draw scrutiny for a high bump and a trip respectively.