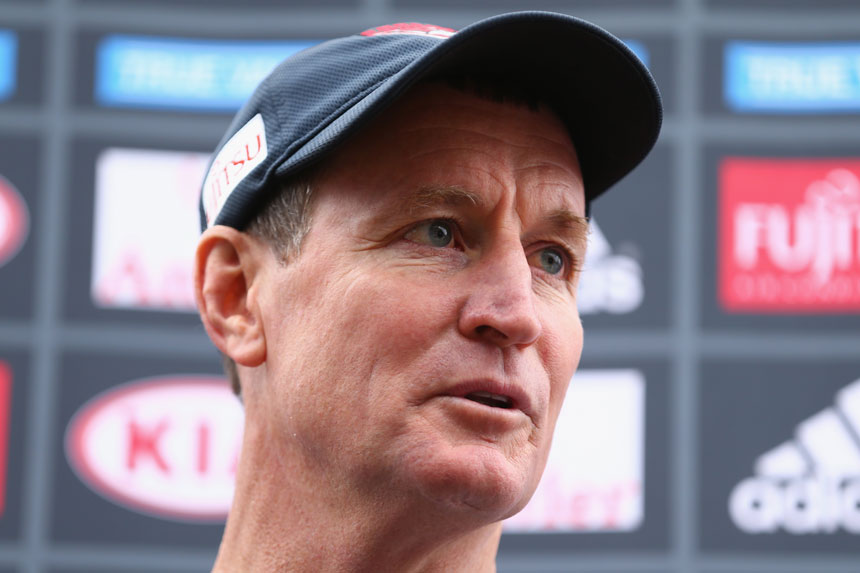 We’re just over the halfway point of the AFL season.

The byes are here but morale around the league is at an all-time high.

For once, rule changes have had a discernible impact on the standard of football, and scoring is up as a result.

But the elephant in the room is the Essendon Football Club, smashed by 79 and 108 points in their last two matches.

We knew they’d struggle after 12 players were banned for the 2016 season for doping but most of their early results suggested they’d be far more competitive than that.

There is the worry, though, that as the season progresses, so will Essendon’s unravelling.

But it doesn’t matter how much that happens.

If they finish last, the Bombers simply cannot be allowed to obtain the first pick in the 2016 AFL draft.

There are scores of media personalities and former players who will howl in derision at that statement, because – and rightly so – the club has already been punished.

They were unceremoniously booted from the 2013 finals, lost access to the first two rounds of that year’s draft and were hit with a hefty $2million fine.

But among that 12 are a Brownlow Medallist, a handful of All-Australians and Best and Fairest winners.

If Essendon finish last – and get the number one pick – they are actually profiting from the CAS punishment.

It’s a scenario that was raised by media lawyer Justin Quill on Tuesday.

Writing in the Herald Sun, Quill said the unprecedented nature of the punishment – enabling the Bombers to have a ‘gap year’ – meant that they would receive a reward for not performing, when the reason for the non-performance is due to a punishment for cheating.

For the AFL, it should be simple.

If the Bombers are worthy of the number one draft pick, then on current form Brisbane should be awarded a priority pick.

Some have inexorably linked the Carlton salary cap scandal earlier this century – they were fined almost $1 million and stripped of several early draft picks in 2002 and 2003 for breaching the salary cap.

It wasn’t until 2009 that the Blues recovered enough to make a finals appearance, however it is mischievous to link the two punishments.

Firstly, despite Carlton being stripped of prized picks, they still had a full list to choose from.

It’s why Carlton had access to Marc Murphy, Bryce Gibbs and Matthew Kreuzer in successive years – because its inability to perform was not due to missing 12 of its best players, but rather a combination of dry coffers and a poor list management strategy.

The non-performance was a reality of the club’s list rather than a cobbled team of retirees, youngsters and delisted players to replace bona fide stars for one season.

It’s also not, as others have pointed out, the same as losing players to season-long injuries at the start of the year.

Unless you’re allowed to immediately replace them with seasoned ‘top-up’ players from around the country.

Gillon McLachlan has already stated that the Dons would retain the pick if required, but that was under the guise of punishment, rather than profiting from punishment.

In 2017, they welcome back a suite of accomplished players who will improve the team tenfold.

One glance at the Brisbane Lions and the Bombers’ on-field situation pales into comparison. They simply don’t need the first pick.

Especially when Bombers coach John Worsfold is already flagging the possibility of dangling it in front of teams in order to lure a star forward to the club.

As it stands, the Bombers will receive not just the number one pick, but several star players, meaning a finals tilt in 2017 is in sharp focus.

And that belies the most lucrative draft selection in the league.

Why Essendon don’t deserve the No.1 pick