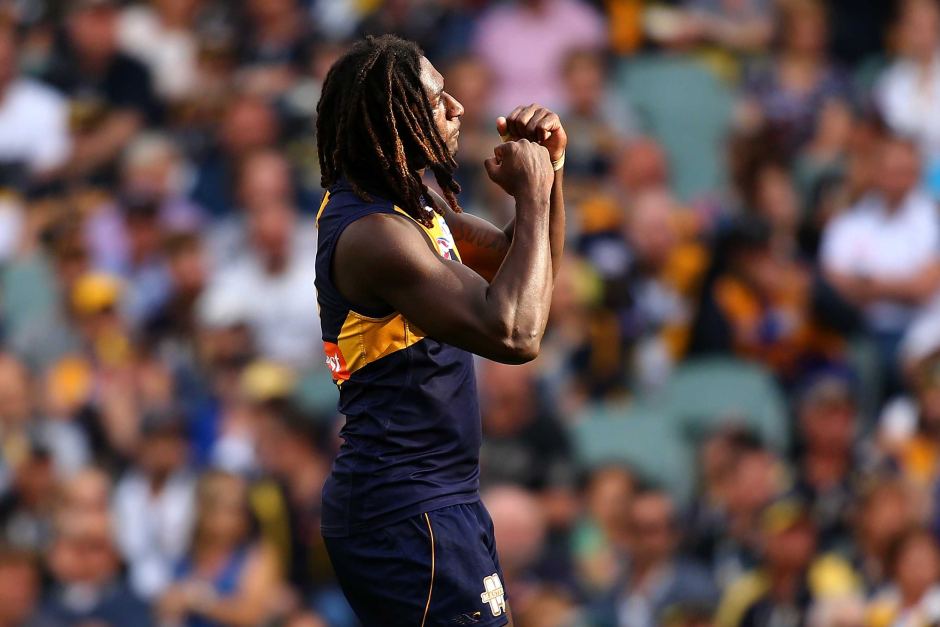 The West Coast Eagles’ top-four hopes have been dealt a massive setback with ruckman Nic Naitanui to undergo Achilles surgery and miss the next six to eight weeks.

Naitanui, 26, was on crutches last week but played in the club’s 29-point loss to Adelaide on the weekend.

The Eagles said they had tried to manage the All-Australian ruckman’s injury, but now felt surgery was the best option.

“Despite managing his training load and taking a conservative approach to his preparation and game time, the injury has not improved,” Eagles football manager Craig Vozzo said.

“He is quite sore after games, even after keeping his weight off his legs last week, and after our medical staff considered all of the available options, we decided that the minor surgery was in Nic’s best long-term interests.”

Naitanui had returned to somewhere near his best form earlier in the season but was restricted in the past couple of weeks.

He will not be available again until at least round 19.

The announcement comes at a bad time for the Eagles, who are clinging onto their position in the top eight after consecutive losses.

Last year’s losing grand finalists are in eighth position, four points and percentage ahead of Port Adelaide, Melbourne and Carlton.

West Coast lose Naitanui for up to two months