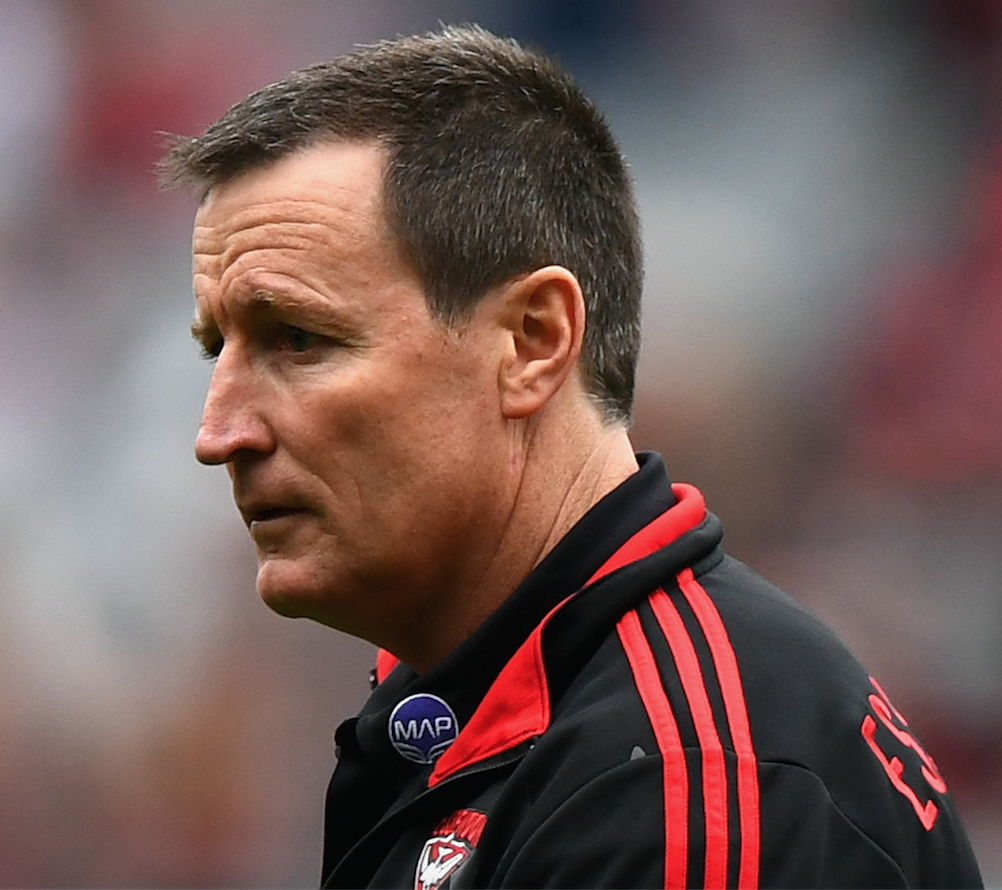 Essendon’s nightmare AFL season slumped to a new low on Friday night with a 108-point thrashing at the hands of Hawthorn.

With 12 players serving anti-doping suspensions this season, it’s perhaps surprising that the Bombers have recorded a win and it took until round 12 for them to lose by over 100 points.

But for all their competitive spirit, the relentless grind of an AFL campaign appears to be catching up with the depleted Dons.

Mature-aged top-up players didn’t get the benefit of a full pre-season and younger players aren’t ready to shoulder the burden that’s been demanded of them.

Essendon’s 11th loss of the season was their heaviest defeat and their 10th in a row, leaving them mired at the bottom of the ladder.

But, even in this darkest moment, coach John Worsfold believes the Bombers can maintain a positive mindset and build towards something better.

“It’s always challenging whenever you have big losses, but we’ve had a few of them this year and I’m sure we’ve got a couple ahead,” Worsfold said.

“But that should not change our desire to improve and challenge each other in the way we prepare and learn and train. It won’t get any easier for the players in terms of what we demand from them because that’s the way they’ve got to be, whether they’re on the bottom of the ladder or whether they’re on the top.

“There’s a certain mindset you have to have in this competition. That’s what we’re trying to build.

“The harder we work now, the greater the chances of having excellent rewards sooner rather than later.

“If we sit there and wallow and feel sorry for ourselves for any period of time, we’re just delaying our chance to get back to where we want to be.”

The Bombers won the overall possession count against the Hawks but Worsfold bemoaned poor decision making and turnovers as key factors in the loss.

Stand-in skipper Brendon Goddard suffered a badly broken nose at the opening bounce but is expected to be fit for next week’s clash against Greater Western Sydney.