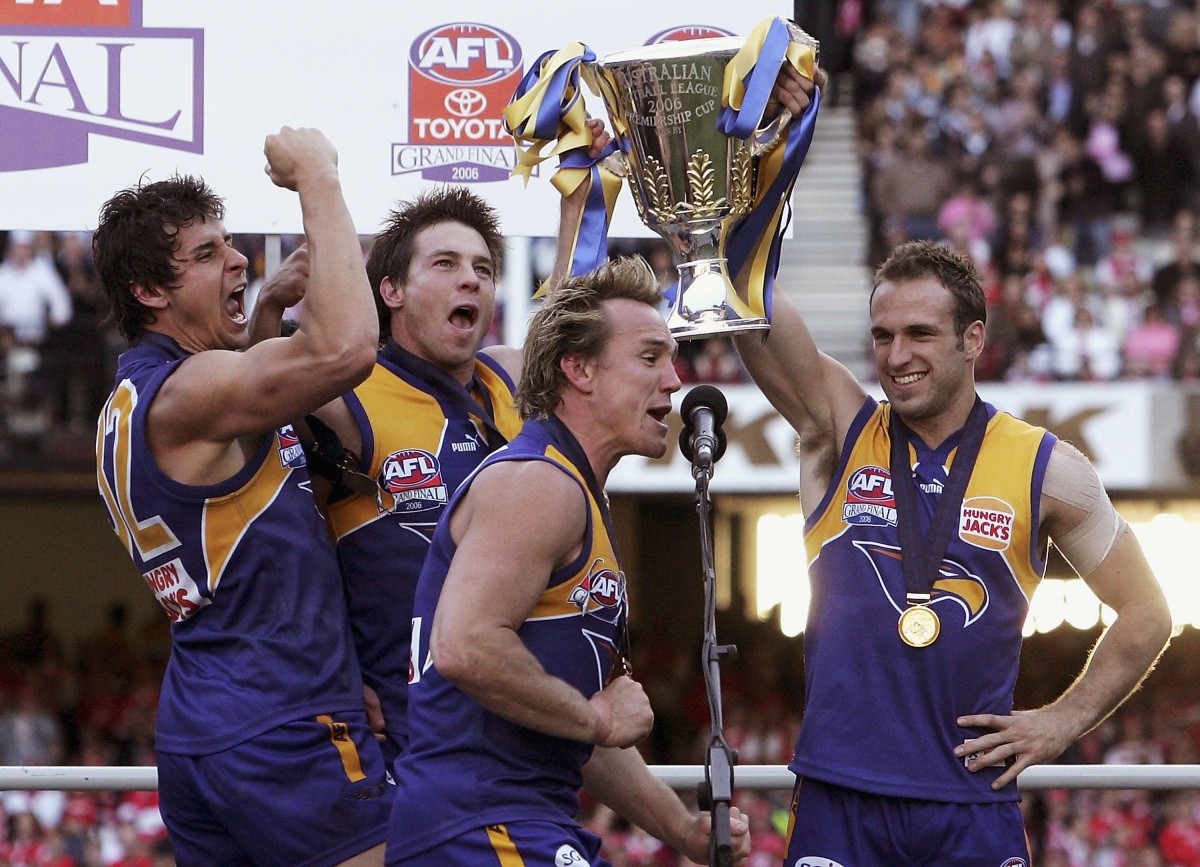 Two of the West Coast Eagles’ 2006 AFL premiership stars got into an early morning brawl at the height of the club’s illicit drugs saga, which officials admitted on Thursday was more widespread than only a minority of players.

In a tell-all story on Thursday night’s episode of The Footy Show, high-ranking club officials, former captain Chris Judd and 2006 Norm Smith Medallist Andrew Embley opened up about the highly-publicised drug culture at the club.

Former Richmond coach Terry Wallace also revealed the “strange” first meeting his club had with an “erratic” Ben Cousins before his club drafted him in 2008.

During the interview, Embley told the story of an arranged fight he had with teammate Daniel Chick at the club one morning.

Chick and Embley had had a disagreement, and Chick allegedly threw punches at Embley while he was receiving a massage at the club.

After other players broke up the initial fight, Chick and Embley agreed over the phone to meet at 7am the next day at the club and fight with gloves and headgear.

“Fair to say we didn’t have time to put any headgear on or anything, we just started going at each other,” Embley said.

“I think Pete Worsfold at the time who was running our leadership program must have just started work and heard this massive ruckus.

“Thank God he came in and got in between us. It could have just gone forever.”

The Eagles’ 2006 premiership team will gather this month at a function to celebrate the 10-year anniversary of the club’s Grand Final victory over the Sydney Swans.

Many of the players at the time – and since – have had well-documented battles with illicit drugs, including Cousins, Chick, Chad Fletcher and Daniel Kerr.

“We initially thought that it was a minority [of players using illicit drugs],” former Eagles chairman Dalton Gooding said. “But what came out … in November 2006 indicated that wasn’t the case, it was a lot more people than we thought.

“There is no doubt that from my meeting with club officials that the players lied [about their drug use].”

Judd, Embley, Gooding and chief executive Trevor Nisbett all maintained that the premiership had not been tainted or made easier to win because of the drug use.

However, they all lamented the way some players had struggled severely with their lives since.

Mr Nisbett admitted: “If you could roll it all back and give back the premiership and say that all our players are fit and well and healthy and you still have Ben [Cousins] having a normal life we’d give it back tomorrow.”

At the end of the 2007 AFL season, Cousins was sacked by the Eagles after he was arrested for drug possession and refusing a blood test.

However, the first meeting with Richmond was alarming, according to then-coach Terry Wallace.

“It was unusual to say the least,” Wallace said.

“His movements were quite erratic back at that time, clearly what it said to me that this was a young man that was in a very bad way.”

Wallace said he and the Richmond board decided to draft Cousins because they feared that without a club, the 2005 Brownlow Medallist’s life would deteriorate even further.

Eagles players and officials open up about drug drama