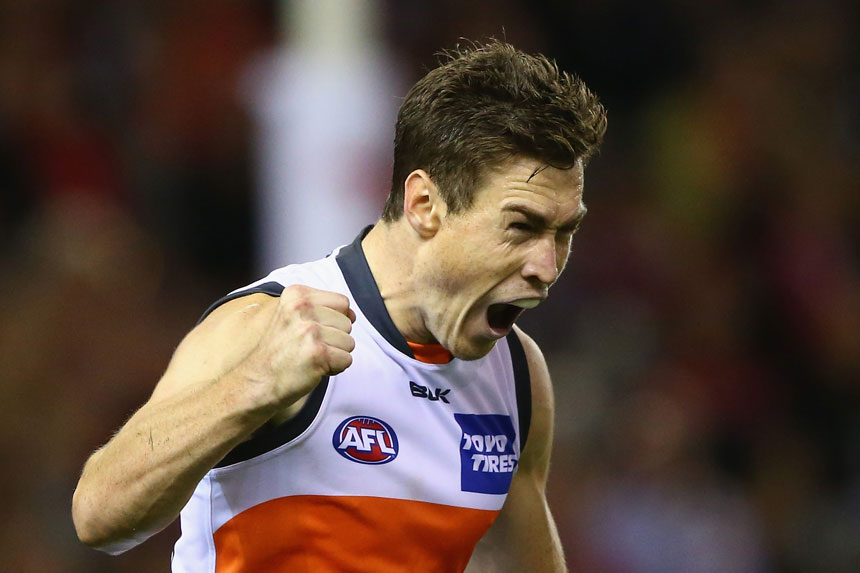 As the sporting universe grows more manipulative and corrupt, a new term has surfaced: the fairytale.

A few weeks ago it was the English Premier League’s Leicester City. Next month it might be the NBA’s Cleveland Cavaliers. And in September, it could be the AFL’s Greater Western Sydney Giants.

Sitting 7-2 after nine games, the Giants are the talk of the footy world.

But let’s get a few things straight. Most sporting fairytales are bankrolled by billionaires, or written on the back of institutional and financial support from administering sports bodies. They massage their competitions to ensure their fairytales come true.

Take the case of the Giants.

The club has 12,780 members and draws, on average, around 10,300 to its home games. The numbers aren’t flash, but there are reasons. For most of their short history, the Giants have played terribly. Even though they’re playing good footy, the locals don’t seem to care. Just 9,612 showed up on Sunday for their win over the Bulldogs.

Of course, the Giants’ rise is no surprise. The club has had a dream run with its academy system.

In the early days, the Giants got first option on 12 elite 17-year olds. Included in that list is midfield star Dylan Shiel, a Brownlow Medal favourite, and star forward Jeremy Cameron.

The Giants’ biggest coup, though, was taking the code’s top talent through the AFL draft.

Backed by the AFL and with a million dollar salary cap allowance, the Giants have had enough financial muscle to retain most of its talent – and top-up its list with players already on the system.

The real story will be not when the Giants win a premiership, but if they don’t.

The AFL recognises that a Giants premiership offers the best chance of cracking the western Sydney market and recouping some return on its hefty investment.

Having a foothold in Australia’s most competitive football region was a vital bargaining chip in the AFL’s latest $2.5 billion broadcast rights’ deal with Seven, Foxtel and Telstra.

But it’s going to take a big effort to crack a market which is geographically and ethnically diverse, and rugby league and soccer heartlands.

Given their ethnic diversity, league and soccer are more reflective of Sydney’s greater west than the AFL.

The NRL’s Penrith Panthers and Canterbury-Bankstown Bulldogs are two of the richest football brands in the country, while the A-League’s Western Sydney Wanderers has a membership of over 18,000 – 5000 more than the struggling Giants – and the most tribal fan-base in the country.

The problem is that few people in Sydney’s greater west are interested in the Giants. For starters, the team is not located in the greater west.

Spotless Stadium is closer to Circular Quay than Penrith or Campbelltown.

On a good day, you can see the Bridge from Spotless. You can’t see it from most of the west.

At the Sydney Football stadium on the same day, the Wanderers-Sydney FC derby drew 40,208.

The Battle of the Bridge is symptomatic of the AFL’s problem in Sydney. The Bridge runs in a north-south direction, and not to the west.

It suggests that the AFL doesn’t know the terrain or the market.

Despite this, the Giants will inevitably win a flag.

It has been preordained by the draft and seemingly signed off by the AFL.

But they won’t win the battle of the codes in Sydney’s west. League and soccer are too well-entrenched, socially and culturally.

In the long run, it’ll be a fairytale if the Giants survive at all.

Why GWS will never win the intercode battle