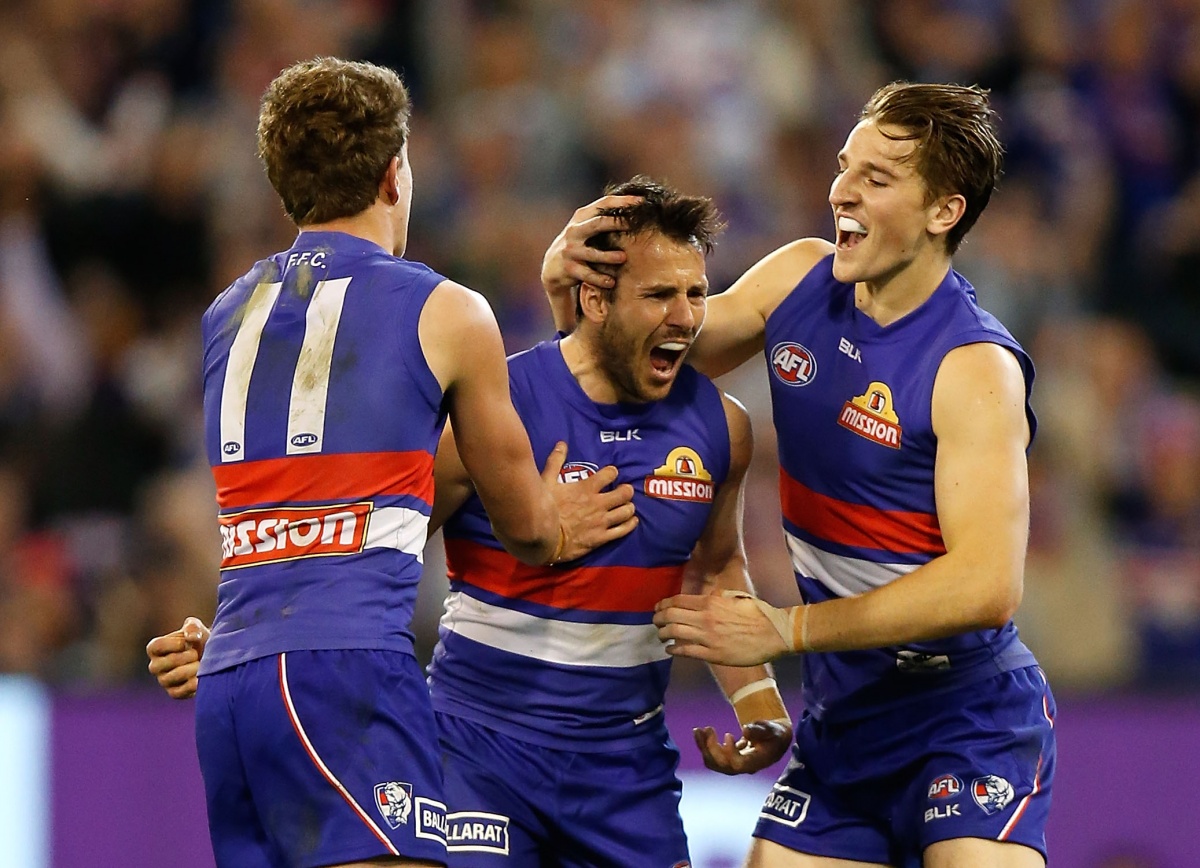 I’m yet to meet a footballer who doesn’t love watching their kick sail through the big sticks.

But lining up for a set shot can fill your body with dread if doubt creeps in.

The question is often posed by commentators and fans alike: is there an art to goal kicking?

• Ben Brown: Heartbreak is driving the Kangaroos
• Why the hatred of Maria Sharapova is ‘horrible’
• New South Wales have lost Origin I … already

Can it be perfected and, if so, why haven’t we been able to?

Of course, there are many variables to consider – whether a shot is from a set spot or on the run, pressured or unpressured, any wind that may be present, fatigue, distance and angle of shot.

My own set shot routine is the culmination of years of practicing, tinkering, taking on advice and a multitude of trial and error.

So, after all of that, how on Earth did I manage to settle on a routine that makes me look like a zombified clown from a horror movie, slowly lumbering in to goal, with a run-up longer than ex-Aussie bowler Brett Lee in his prime?

Yep, if your child was looking to emulate the set shot routine of an AFL player, I wouldn’t be pointing them in my direction.

Goal kicking is, for me, about keeping things pretty simple.

One of my earliest football memories is of my grandfather telling me to pick out a spot behind the goals and to kick the ball to that spot.

To this day I still select a spot behind the goals, whether it be a crowd member or advertising banner.

My routine is built around aligning my body towards that target and ‘keeping everything straight’.

I run in straight, drop the ball straight and follow through straight at the target – concepts I took on with help from Keenan Reynolds, who was forwards coach at Werribee during my year with them in the VFL in 2013.

The next issue to deal with is the mental side of goal kicking.

Throughout my footy career, I reckon I’ve had a million different thoughts pop into my head while I’ve been walking to the top of my mark, preparing to kick for goal.

Everyone knows that little voice in the back of your head – here are some of the things he’s said to me:

“Remember that shot you missed at training during the week from this exact spot? Good luck kicking this one!”

“You’ve missed one already tonight… Please don’t miss this one too.”

“You know you struggle to kick straight from the left side of the ground.”

And that’s just the voice inside my head, let alone the heckling and tormenting you often get from the opposition.

For me, the best way to drown out that little voice is by focusing on and ticking off each step of my routine.

I sometimes count my steps during my approach.

Other times I try to visualise a successful kick. I may tell myself to trust my routine. Whatever I feel will make me feel comfortable and ready to kick.

In my experience, there’s no substitute for practice and the more shots you can have at goal, the better.

It’s no wonder that Brent Harvey is the player I’d choose to kick for my life from a set shot. After 21 seasons of practice, his routine is rock solid.

Practice might not make perfect but, in my opinion, it’s the key to being confident when having a shot for goal.

Ben Brown has played 42 AFL games, including six finals, for North Melbourne since making his debut in 2014. He has kicked 68 goals for the Kangaroos. He will write on football for The New Daily in 2016.

The AFL’s top 10 kicks for goal might surprise you