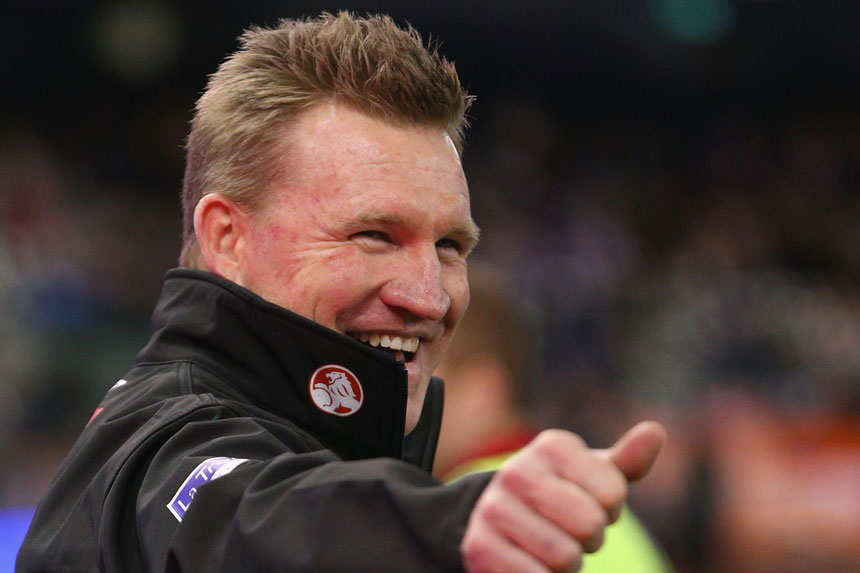 Just two weeks ago, Collingwood faced off against a much-more disciplined Carlton and were beaten by 15 points.

And Richmond – competitive for three quarters against Hawthorn – collapsed late and lost by 46 points.

After seven rounds, the Magpies, tipped by many to make the top eight, had won twice.

And the Tigers, a common top-four pick, had only won once. Both clubs were in disarray.

At Collingwood, president Eddie McGuire said he contemplated walking away, while at Punt Road, the Tigers were forced to defend Damien Hardwick and their decision to give him a contract extension.

Just a fortnight later and both clubs are smiling again.

Back-to-back wins sees them in much better positions and, although neither team can win the flag, they are now dreaming of a finals berth.

Both coaches simply have to be commended for turning things around from what was a seriously perilous situation.

A cakewalk of a win at the ‘Gabba in Round 8 did little to quell the doubters of Collingwood, given that the Brisbane side they beat was seriously hopeless.

The Pies had form in big wins over poor sides: see their Anzac Day win over Essendon as the perfect example.

But they were back to their best last week against Geelong on Saturday afternoon, passing their biggest test of the season with flying colours.

A seven-goal-to-none first term shocked the premiership favourites, as did Collingwood’s ferocity and attack at the football.

The hallmarks of a Nathan Buckley side were back.

As for the Tigers, well, they needed some after-the-siren heroics to see off Sydney at the MCG in Round 8.

That looks a seriously good win given what John Longmire’s side did to the Hawks last week.

A cruisy win over the out-of-form Fremantle followed last weekend and now their season looks back on track.

They face Essendon, North Melbourne and Gold Coast over the next three weeks. Two wins looks very likely and North are due to drop a game soon.

What is noticeable about both these teams is that they are playing with renewed confidence.

Collingwood looked slow and disinterested against Carlton two weeks ago, and Richmond faded badly against a team in Hawthorn that they’ve had a good record against.

Richmond captain Trent Cotchin – rightly or wrongly – has had to deal with the majority of the criticism levelled at his club, but has been a shining light for them this past month.

Moving forward, the key for both teams is to get more out of their depth players.

Cotchin’s support from Dustin Martin and Brett Deledio has been telling over the last fortnight.

And at the Pies, it’s been all about Adam Treloar, Steele Sidebottom and Scott Pendlebury.

The success of each’s side ‘bottom six’ will play a big role in any future success.

Like Richmond, Collingwood have winnable games – against Port Adelaide and Melbourne – in the next three weeks.

But first, a tough test against the Bulldogs awaits. We’ll know a lot more about them after that.

Collingwood and Richmond are smiling again