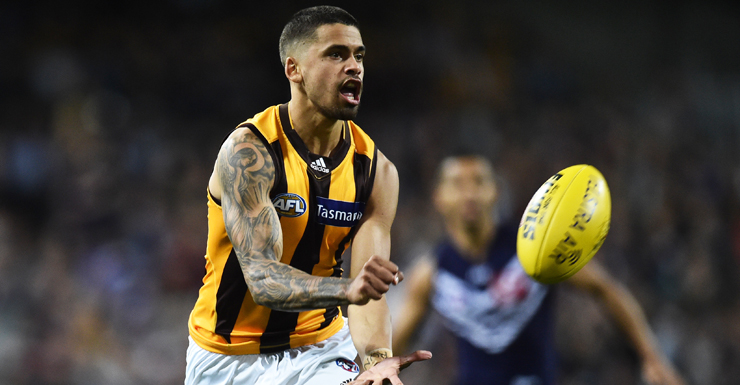 Hawthorn AFL player Brad Hill has been charged with assault after an alleged incident at a Melbourne nightclub in January.

The charge follows a police investigation into the alleged incident between a man and three other people on January 24 at The Empire club on Lauderdale Road in the south-eastern Melbourne suburb of Narre Warren.

A 21-year-old man was treated for minor facial injuries after the alleged incident, Victoria Police reported in April.

“Bradley has kept the club informed throughout this entire process,” Mr Fagan said.

“The leadership group has already met on this matter and has decided that no sanction will be applied at this stage.

“The matter is now before the court and any sanction is in the hands of the judicial system.”

The club’s statement said Hill had fully cooperated with police, and informed the club of the alleged incident when it occurred. It also said the club would not comment further on the matter.

The Age reported in April that Hill was with two women the night of the alleged incident at The Empire.

Hill has suffered an interrupted 2016 season after picking up a wrist injury in a March practice match.

He did not play a game until Round 5, against Adelaide, and has not been his usual self in 2016.

In his five games of football, he has averaged just 16 disposals per match and kicked only two goals.

He has kicked 49 goals in his career.

Hill has helped design Hawthorn’s jumper for Indigenous Round, which they will wear against the Brisbane Lions at the ‘Gabba on Saturday.