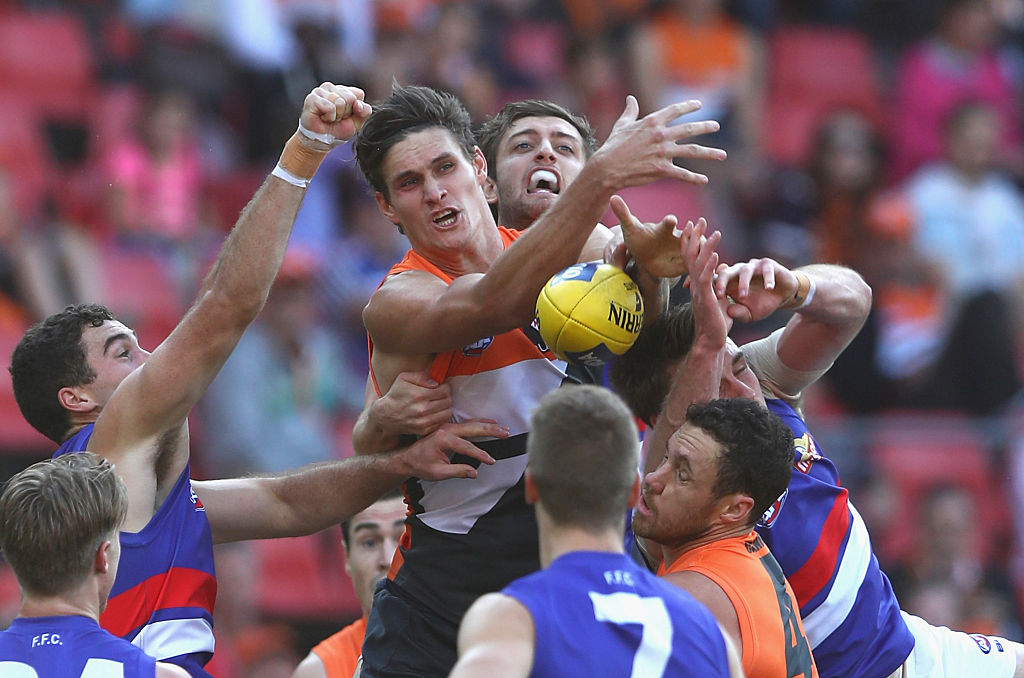 The AFL is well and truly on Giant alert after GWS cemented its place in the top four with a mature 25-point win over the Western Bulldogs.

The Giants have taken some impressive steps forward in the first half of the 2016 season, and were faced with a confident Western Bulldogs side whose early-season momentum had been hindered, but not eradicated by some critical injuries.

In a performance that showcased as much resilience and mental strength as it did class and skill, the Giants emerged victorious 15.8 (98) to 10.13 (73).

For the Giants to truly become a premiership threat, the first step was always to establish its home patch at the Sydney Showgrounds as a fortress and, despite another disappointing turn out, it looks as if they have achieved this.

The fans cannot be far away with the footy the Giants play, with a raft of prolific midfielders like Callan Ward, Stephen Coniglio and Dylan Shiel feeding some of the league’s most entertaining forwards like Jeremy Cameron and Steve Johnson.

Cameron booted five on the day, but the real star of the show was at the other end as Heath Shaw continued to showcase the sort of form not seen since his Collingwood heyday.

Shaw had 38 disposals at nearly 100 per cent efficiency, on top of 14 marks and six tackles – the sort of stats any defender ought to be seriously proud of.

The Giants led from start to finish, but had to ground the victory out against a Bulldogs team shy of a handful of its best players, but not short of effort.

Marcus Bontempelli led the way in midfield while the goals were shared up forward, but the Dogs always looked second-best against a Giants team as good as we have seen.

The win has sent GWS above Sydney into third on the AFL ladder.

The final game of the round saw St Kilda kick clear in the third term and record a 46-point win over Essendon.

The Bombers, fresh from their remarkable second-half surge against North Melbourne, were competitive throughout the opening half and threatened to cause an upset.

But Josh Bruce lifted after halftime, helping the Saints pile on six consecutive goals as they took control of the contest and prevailed 16.13 (109) to 9.9 (63).

Giant warning for AFL after win over Dogs