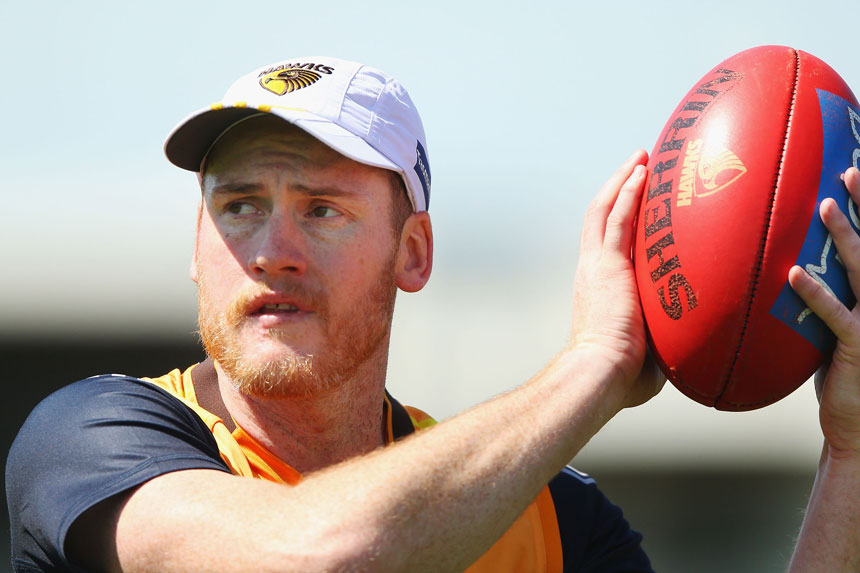 The Hawks announced the news on Tuesday afternoon, saying the four-time premiership player was “unavailable to play indefinitely”.

The 2013 Coleman Medalist had a melanoma removed from his lip in June last year.

“Jarryd went for a regular check-up yesterday and unfortunately a recurrence of melanoma was detected,” he said.

“The positive is that it’s been picked up early and Jarryd is in the best hands possible.

“Jarryd’s health is the most important issue at this time. His long-term playing future is very-much secondary to that and is not even a consideration at this point in time.

“This is a private medical matter and we would ask everyone to respect Jarryd and his family’s request for privacy during this time.”

Roughead has played 231 matches for the Hawks, kicking 491 goals.

His last match was the 2015 Grand Final, in which Hawthorn beat West Coast by 46 points to win their third successive premiership.

Roughead had missed the start of the 2016 season due to a knee injury but he was expected to return by the end of June.