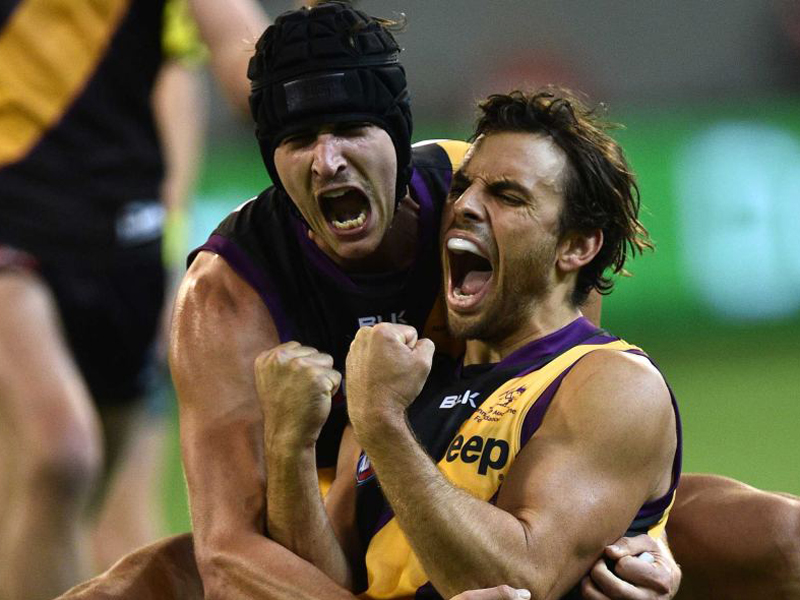 Richmond’s Sam Lloyd has added his name to the list of after-the-siren heroes with a match-winning bomb against the Swans.

In a fitting conclusion to a pulsating match at the MCG, Lloyd’s 45-metre punt never looked like missing as it sealed a one-point win for the Tigers and sent the crowd into delirium.

“I always dreamt about doing that as a child. Just amazing,” Lloyd told Channel Seven after the match.

“Thank god it went through. It was the only good kick I did all night. I am so proud of the boys, they fought it out. It has been a tough few weeks.”

Having lost its past six matches, Richmond produced its best display of the season to edge the Swans, who will wonder for a long time how they managed to let the game slip in the last quarter, 14.17 (101) to 15.10 (100).

Even in the closing stages the Swans looked to have the match sealed, having earlier led by 18 points at three-quarter-time, but Lloyd had the final say.

Ben Griffiths also had a career day for the Tigers with five goals, while Lance Franklin slotted five of his own in a gallant losing effort.

The win will come as a timely boost for the under-fire Tigers and their coach Damien Hardwick, who will hope to use such an emotional victory as the catalyst for a mid-season surge.

Further north in Brisbane, another beleaguered team and coach earned a welcome respite with Nathan Buckley’s Collingwood dismantling the hapless Brisbane Lions by 78 points at the Gabba.

The Lions were held scoreless until midway through the second quarter as the Pies ran up a massive margin, and although the second half became somewhat competitive, Brisbane succumbed to a heavy 20.23 (143) to 10.5 (65) defeat.

Adam Treloar was the standout performer for the Pies, kicking three goals to go with his 36 disposals while Dayne Zorko kicked four for Brisbane.